Lesson From The Tax Court: The Many Rooms Of Tax Court Power 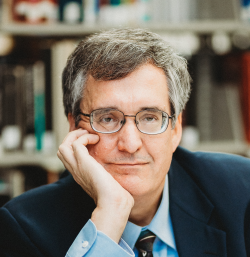 All federal courts (except the Supreme Court) are created by Congress.  Congress defines the extent to which each federal court can invoke the power of the federal government to coerce the parties before them.  The fancy legal term for that power is “jurisdiction.”  Like all other federal courts, the Tax Court is a court of limited jurisdiction, limited to the powers that Congress permits it to exercise.

The Tax Court sometimes claims its power is more limited than other federal courts but that idea has been rightly called “fatuous.” Flight Attendants v. Commissioner, 165 F.3d 572, 578 (7th Cir. 1999) (Posner, J.) (“The argument that the Tax Court cannot apply the doctrines of equitable tolling and equitable estoppel because it is a court of limited jurisdiction is fatuous. All federal courts are courts of limited jurisdiction.”).

What is true, however, is that Congress gives the Tax Court much specific grants of powers than other federal courts.  I think of the varied jurisdictional grants as different rooms of power.  When you go to Tax Court, the extent of its powers depends on which door you enter and what room of power you find yourself in.  What the Court can do for you in some cases, it cannot do for you in others because of the way that Congress has written the statute.  It depends on which room of power you are in.  That’s the lesson we learn in Michael D. Brown v. Commissioner, T.C. Memo. 2021-112 (Sept. 23, 2021), where Judge Kerrigan explains that what the Tax Court can do when exercising its CDP jurisdiction is more limited than what it can do when exercising its deficiency jurisdiction.  The taxpayer was in the CDP room and wanted relief that could only be granted in the Deficiency room.  Those different rooms of power are different in scope and do not overlap.   Details below the fold.

Congress created what is now the Tax Court in 1924.  Revenue Act of 1924, §900, 43 Stat. 253, 336.  At that time Congress created only one room of power, the power to review proposed deficiencies of income, estate, and gift taxes.  That is still the largest room of power.  About 90% of cases invoke the Court's deficiency jurisdiction.  See Harold Dubroff & Brant J. Hellwig, The United States Tax Court: An Historical Analysis (2d Ed. 2014) at 909, Table I in Appendix I.

Over time, Congress has periodically—some might say spastically—created new tasks for the Tax Court to perform.  Each is a new room of power, described in a separate statute to cover a specific type of problem.  Perhaps the second largest room of power is the Tax Court’s jurisdiction in §6330 to review IRS collection decisions to permit levy or filing of a Notice of Federal Tax Lien (NFTL).  Another well-used room is the Tax Court’s power to review an IRS decision denying a spouse’s request for relief from joint and several liability under §6015(e).  Most recently, Congress has given the Tax Court what I call a Cheshire Cat jurisdiction to review IRS decisions to rat out certain delinquent taxpayers to the State Department.  §7345.   That's a funhouse room.  See Lesson From The Tax Court: Cheshire Cat Jurisdiction Over Passport Revocation Petitions.  TaxProf Blog (June 29, 2020).  You can find the surprisingly long, long list of different jurisdictional grants, different rooms, in IRM 35.1.1.

Today’s lesson is different.  It involves a taxpayer who is properly before the Tax Court.  They’ve got the proper ticket.  It turns out, however, that the ability of the Tax Court to grant relief depends on which room of power the taxpayer’s ticket permits entry. In today’s case, the taxpayer was in the CDP room, but asked for relief that the Tax Court could only give to taxpayers in the deficiency room.

Facts
Today’s case is the result of a remand.  See Brown v. Commissioner, 826 F. App’x 673 (9th Cir. 2020)(found no free link, sorry!).  As part of a prior case, Mr. Brown had asked the Tax Court to order the IRS to give him back an OIC down payment.  See Brown v. Commissioner, T.C. Memo 2019-121 (Brown I).  Judge Kerrigan ruled against Mr. Brown on the merits, finding that he was not entitled to a return of his OIC down payment.  Mr. Brown then appealed that decision.  On appeal the government pointed out for the first time that the Tax Court had no power to even consider that particular issue.  The 9th Circuit said “hmmmm ... government might be right, but we will let the Tax Court decide.”  So the case came back to Judge Kerrigan.

In Brown I Mr. Brown was facing collection of a boatload of tax liabilities for multiple years involving multiple domestic and offshore entities.  In 2015, the IRS had filed a Notice of Federal Tax Lien (NFTL) for one of those years, giving Mr. Brown an opportunity for a CDP hearing.  He took it.  In 2016, the IRS had sent another NFTL CDP notice and Mr. Brown hopped right on it.  Both CDP requests were assigned to the same Settlement Officer (SO) in 2016.

In November 2016, as part of his efforts to obtain a collection alternative, Mr. Brown submitted an Offer In Compromise (OIC) for $400,000.  He did that despite the Settlement Officer (SO) telling him it would likely be rejected.  The SO sent the OIC to the appropriate IRS office for processing.

The SO reviewed the OIC rejection and found no problems with it.  Accordingly, about 9 months after he had submitted the OIC, the SO issued a Notice of Determination.  That was Mr. Brown’s ticket to the Tax Court.  He punched it.

One of his arguments in Brown I was that the IRS should have returned his $80,000 TIPRA payment once it rejected his OIC.  The Tax Court disagreed on the merits.  On appeal, the IRS was not content with a win on the merits.  Oh no!  It said the Tax Court simply had no powe—no jurisdiction—in a CDP case to even consider the merits of Mr. Brown’s argument!  The 9th Circuit said “because the issue is a technical one under the tax laws, we remand for the Tax Court to consider whether it has jurisdiction over Brown's TIPRA payment claim.”

Thus, in today’s case Judge Kerrigan considers whether the Tax Court has the power to order refund of any TIPRA payment.  She concludes it does not and her reasons form our lesson.

Lesson: No Power in The CDP Room to Order Overpayments
Mr. Brown went into Tax Court through the CDP door.  The Tax Court’s power in that room is governed by §6330(d)(1), which provides that when the Taxpayer presents the proper Ticket, "the Tax Court Tax Court shall have jurisdiction with respect to such matter."  The "such matter" is a reference to "Matters Considered At Hearing" listed in §6330(c)(3).  Those "matters" are: (a) ensuring the IRS properly dotted all the administrative i’s and crossed all the procedural t’s; (b) hearing all the issues that the taxpayer properly raised; and (c) determining whether the proposed collection action was a proper balance between the government’s need to collect and the taxpayer’s need for collection to be no more intrusive than necessary.

Nothing in §6330's description of what must be done in a CDP hearing, and the resulting grant of power to review “such matter” gives the Tax Court power to order a refund if, as a result of its review, it believes that the SO’s decision was an abuse of discretion.   Specifically, Judge Kerrigan points out that “section 6330 does not give the [Tax] Court jurisdiction to determine an overpayment or order a refund or credit of taxes paid.”  Op. 6.  I won’t repeat her string-cite.

Mr. Brown argued that §6512(b) gave the Tax Court power to consider whether his TIPRA payment should be returned.  Section 6512(b) is titled “Overpayment Determined By Tax Court” and it does indeed give the Tax Court the power “to determine the amount of such overpayment, and such amount shall, when the decision of the Tax Court has become final, be credited or refunded to the taxpayer.”

Here is where the different rooms of power come into focus.  Judge Kerrigan pointed out that §6512(b) starts out with the language “if the Tax Court finds that there is no deficiency and further finds that the taxpayer has made an overpayment...”  (emphasis supplied).  That language, says Judge Kerrigan, means that “for a refund to be governed under section 6512(b), a notice of deficiency is required.”  Op. at 8.  Yep.  You need to be in the deficiency room.  Sure, the Tax Court has the power to order a refund or credit of an overpayment if the taxpayer has petitioned for a redetermination of a proposed deficiency.  But it does not have that power if the taxpayer has petitioned for review of a CDP determination.