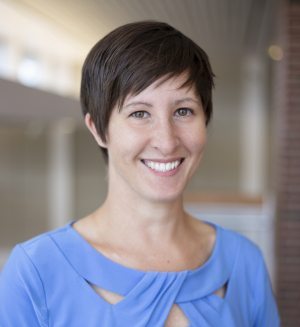 Place-based tax incentives, such as the New Markets Tax Credit (NMTC) and Opportunity Zones incentives, are often used to promote investment in low-income neighborhoods. However, not all low-income neighborhoods have an equal need for investment subsidies. Subsidies for investment in already gentrifying neighborhoods, for example, may reflect inefficient inframarginal investment, and they may lead to inequitable outcomes. Critics fear that when gentrifying neighborhoods are eligible for tax incentives, they will draw investment away from the neighborhoods that need it most. However, few studies have provided empirical analysis to assess whether these concerns have merit. Through a novel geospatial analysis of the location patterns of tax-subsidized projects, this Article provides new evidence that critics’ concerns are justified.

This Article analyzes 15 years of NMTC data to explore the location patterns of tax-subsidized projects in 20 U.S. cities.

It employs two spatial analysis methods, quadrat density analysis and negative binomial regression analysis, to describe the location patterns of NMTC projects and their relationship to two variables known to correlate with gentrification: high vacancy rates and increasing rental rates. The quadrat density analysis reveals that, in most cities, NMTC project density is highest in eligible census tracts that had high vacancy rates, increasing rents, or both. The results of the negative binomial regression analysis confirmed that, in many cities, high vacancy rates or rent increases were statistically significant predictors of NMTC investment. Together, these results provide new evidence that gentrifying census tracts may draw tax-subsidized investment away from other eligible areas. They also suggest that a commonly proposed Opportunity Zones reform—to add statutory safeguards modeled after those in the NMTC—would fail to prevent tax-subsidized investment in places that are already gentrifying.

The observed spatial patterns reflect inefficient allocations, limit the NMTC program’s ability to promote equitable change, and cast doubt about whether federal regulators can effectively shape program outcomes. Opportunity Zones are likely to have similarly inefficient and inequitable outcomes. Therefore, this Article argues that statutory and administrative reforms are necessary to reduce the frequency at which tax incentives are used to subsidize investment in neighborhoods that are already gentrifying. This study has profound implications for the $5 billion per year federal NMTC program, the $3.5 billion per year federal Opportunity Zones program, and state-level tax incentives modeled after these federal tax laws.