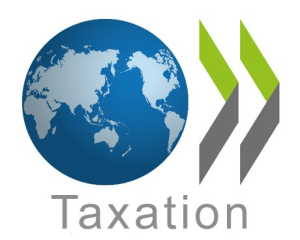 Major reform of the international tax system finalised today at the OECD will ensure that Multinational Enterprises (MNEs) will be subject to a minimum 15% tax rate from 2023.

The landmark deal, agreed by 136 countries and jurisdictions representing more than 90% of global GDP, will also reallocate more than USD 125 billion of profits from around 100 of the world’s largest and most profitable MNEs to countries worldwide, ensuring that these firms pay a fair share of tax wherever they operate and generate profits.

Following years of intensive negotiations to bring the international tax system into the 21st century, 136 jurisdictions (out of the 140 members of the OECD/G20 Inclusive Framework on BEPS) joined the Statement on the Two-Pillar Solution to Address the Tax Challenges Arising from the Digitalisation of the Economy. It updates and finalises a July political agreement by members of the Inclusive Framework to fundamentally reform international tax rules.

The two-pillar solution will be delivered to the G20 Finance Ministers meeting in Washington D.C. on 13 October, then to the G20 Leaders Summit in Rome at the end of the month.

The global minimum tax agreement does not seek to eliminate tax competition, but puts multilaterally agreed limitations on it, and will see countries collect around USD 150 billion in new revenues annually. Pillar One will ensure a fairer distribution of profits and taxing rights among countries with respect to the largest and most profitable multinational enterprises. It will re-allocate some taxing rights over MNEs from their home countries to the markets where they have business activities and earn profits, regardless of whether firms have a physical presence there.  Specifically, multinational enterprises with global sales above EUR 20 billion and profitability above 10% — that can be considered as the winners of globalisation — will be covered by the new rules, with 25% of profit above the 10% threshold to be reallocated to market jurisdictions.

Under Pillar One, taxing rights on more than USD 125 billion of profit are expected to be reallocated to market jurisdictions each year. Developing country revenue gains are expected to be greater than those in more advanced economies, as a proportion of existing revenues.

Pillar Two introduces a global minimum corporate tax rate set at 15%.  The new minimum tax rate will apply to companies with revenue above EUR 750 million and is estimated to generate around USD 150 billion in additional global tax revenues annually. Further benefits will also arise from the stabilisation of the international tax system and the increased tax certainty for taxpayers and tax administrations.

“Today’s agreement will make our international tax arrangements fairer and work better,” said OECD Secretary-General Mathias Cormann. “This is a major victory for effective and balanced multilateralism. It is a far-reaching agreement which ensures our international tax system is fit for purpose in a digitalised and globalised world economy. We must now work swiftly and diligently to ensure the effective implementation of this major reform,” Secretary-General Cormann said.

Countries are aiming to sign a multilateral convention during 2022, with effective implementation in 2023. The convention is already under development and will be the vehicle for implementation of the newly agreed taxing right under Pillar One, as well as for the standstill and removal provisions in relation to all existing Digital Service Taxes and other similar relevant unilateral measures. This will bring more certainty and help ease trade tensions. The OECD will develop model rules for bringing Pillar Two into domestic legislation during 2022, to be effective in 2023.

Developing countries, as members of the Inclusive Framework on an equal footing, have played an active role in the negotiations and the Two-Pillar Solution contains a number of features to ensure that the concerns of low-capacity countries are addressed. The OECD will ensure the rules can be effectively and efficiently administered, also offering comprehensive capacity building support to countries which need it.