WSJ: How A Tech Mogul Pushed Through The Opportunity Zones Tax Break

Wall Street Journal Essay:  How a Tech Mogul Pushed Through a Tax Break, by David Wessel (Brookings Institution; Author, Only the Rich Can Play: How Washington Works in the New Gilded Age (Oct. 2021)): 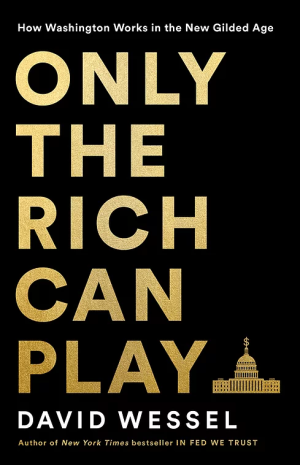 The U.S. tax code is larded with provisions that the wealthy use to reduce their taxes. Some get a lot of attention, while some are inserted into tax bills very quietly—like Opportunity Zones, or OZs.

Six pages tucked into the sprawling 2017 Tax Cuts and Jobs Act led to the creation of 8,764 of these tax havens across the U.S., ostensibly to lure private capital to poor neighborhoods. Anyone can invest capital gains from a previous investment in a building or business in a census tract designated as an OZ by a state’s governor, defer and reduce taxes on that initial gain, and then pay zero capital-gains tax on any profits from that OZ investment, provided that they stick with it for 10 years. Other than holding on to an appreciated asset until you bequeath it to your children, there aren’t many other ways to avoid capital-gains taxes altogether. This one has a huge advantage: “You don’t have to die,” says Brad Cohen, a Los Angeles tax lawyer.

Unlike earlier versions of the concept implemented by Margaret Thatcher in the U.K. and proposed by the late Republican politician Jack Kemp, OZs are designed to be free of complicated rules. There are no limits on how many people can take advantage of an OZ or how much tax revenue the U.S. Treasury may forgo. A few kinds of businesses are ruled out—no tanning salons, golf courses or liquor stores.

But there is no requirement that a project actually benefit residents of the zone. Aaron Seybert, who follows OZs for the Kresge Foundation, argues, “More money is not always better. OZ doesn’t require measurement, accountability or tracking of any impact beyond dollars in; it rewards appreciation regardless of social impact.”

The idea for Opportunity Zones didn’t come from economists or policy experts. It was the brainchild of the tech investor Sean Parker, of Napster and Facebook fame, who told me earlier this year that his objective was “to democratize access to capital.” Mr. Parker says that he hasn’t personally taken advantage of the tax break. ...

The key recruit, by all accounts, was Republican Sen. Tim Scott of South Carolina, an influential member of the Senate Finance Committee. The Trump administration initially showed little interest in Opportunity Zones. But after Sen. Scott publicly and bluntly criticized the president’s statement that there were “very fine people on both sides” of the violent demonstrations in Charlottesville, Va., in August 2017, he was invited to the Oval Office. According to Sen. Scott, Mr. Trump said, “Tell me what I can do to be helpful to the people I’ve offended,” and he replied: “Help me get OZs into the tax bill.” ...

So what has happened in OZs over the past three-and-half years? Hard data is scarce—reporting requirements were stripped from the bill before it became law. But so far it seems that much of the money invested in OZs is going to real-estate projects that would have been built anyway. ...

Mr. Parker is not troubled by the evident shortcomings of the law he championed. “Nothing that’s done on this scale can ever be perfect,” he told me. “We couldn’t anticipate where all of the holes would be. Now, with hindsight, we can see where some of those holes are…and where they should be tightened up.” President Biden promised “reform” of OZs during the 2020 campaign, but he hasn’t proposed any specific measures to make good on that pledge.