Shannon Weeks McCormack (Washington) presents The American Rescue Plan Act and Caregiving: What Will (and Should) Come Next virtually at UC-Hastings today as part of its 2021 Tax Speaker Series hosted by Heather Field and Manoj Viswanathan: 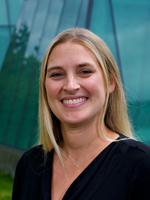 The COVID-19 pandemic amplified and exemplified many of the inequities working parents have long faced in America, but which Congress has been historically reluctant to address in the Internal Revenue Code (the “Code”), and otherwise. I have chronicled this in a recently published Essay, Caregivers and Tax Reform: Before and After Snap Shots. Recently, however, Congress passed the American Rescue Plan Act (the “ARPA”), which provided a spate of temporary measures to benefit parents until (one can only hope) the dangers of the pandemic substantially subside. My current project seeks to place the relevant provisions of the ARPA in their historical context. While still in its infancy, in many ways this project will supplement (and I believe culminate) my previous work on the taxation of the family.

The ARPA has been considered by many to be a “monumental action” not only because of its fiscal impact (its price tag is $1.9 trillion dollars) but also because of the substantive moves it makes. As one commentator put it, “the American Rescue Plan has the potential to be the most effective social care package since the 1960s.” I agree. But such claims may obscure the historical mark a bit.

As someone who has studied the taxation of the family, including its history, the package of benefits provided to parents in the ARPA stunned me.

For instance, the ARPA expanded the benefits single and dual working parents can recover to reflect childcare costs incurred to work. This adjustment is decades overdue––Congress has not even adjusted these benefits for inflation. Further, the ARPA made these benefits refundable and expanded the refundable portion of the child tax credit (another tax benefit available to all families regardless of actual caregiving costs) by detaching it from earned income. Scholars and lawmakers have repeatedly argued for these revisions as well. There are numerous other examples to be explored, including but not limited to, the ARPA tagging benefits to childhood age and allowing parents to receive yearly tax benefits on a periodic basis.

In short, when I read the ARPA, it was like reading a checklist of measures that, in the opinion of many, should have been enacted long ago. It is groundbreaking in its playing “catch up.” I think grounding the ARPA in this historical context is important and useful. (Do you?)

The hopeful side of this Author (AKA me) hopes to provide a roadmap for a “post-pandemic” Congress contemplating which benefits should be expanded, made permanent and/or adjusted automatically for inflation and which benefits should revert to their pre-pandemic state. It will show that tax scholars have frequently argued for the enactment of many of the ARPA’s temporary tax benefits to rectify inequities between families and ameliorate arguably unnecessary hardships. Alternatively, if by the time this is written, some version of Biden’s American Families Plan––which would make permanent many of the ARPA’s benefits––is enacted, this project will provide a method for evaluating its historical significance.

The cynical side of this Author will seek to place the ARPA in its historical context to make a prediction. The prediction is that Congress will allow provisions that benefit poorer taxpayers (such as the refundable credit and periodic payment provisions) and those that benefit only single parents and dual earners (such as the expanded childcare and dependent care credit for working childcare expenses) to expire to their pre-pandemic, anemic state. At the same time, I predict Congress will allow the ARPA’s drastic expansion of provisions that benefit all families, especially the expanded child tax credit, to remain even though Congress already made these benefits much more generous in the Tax Cuts and Jobs Act. These predictions are not just borne of skepticism but also because these actions would be consistent with a historical pattern from which Congress has deviated rarely and fleetingly. And once again, if some version of the American Families Plan is enacted/moving through Congress, this project provides a way to assess it.