Following up on my previous post, Dean (And Tax Prof) Nancy Staudt To Leave Washington University On Oct. 1 To Be Dean Of RAND Graduate School:  Russell K. Osgood has been named Interim Dean (more here). 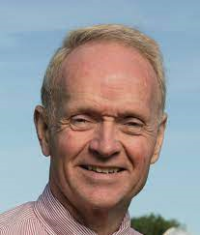 Russell has had an enormous influence on two generations of Caron men. I had absolutely no interest in tax as a Cornell law student before taking Russell's federal income tax class. I took other courses from him, served as his teaching assistant and research assistant, and helped shepherd his tax article to publication as a law review editor (Ages and Themes of Income Taxation: Savings and Investment, 68 Cornell L. Rev. 521 (1983)). Like Russell, I became a tax lawyer in Boston, tax professor, and dean. At every step along the way, Russell provided invaluable guidance and helped convince various hiring committees to take a chance on me. As if that wasn't enough, my son Reed attended Grinnell College while Russell was President and gave me the opportunity to re-connect with him and thank him for all he had done for both my son and me.