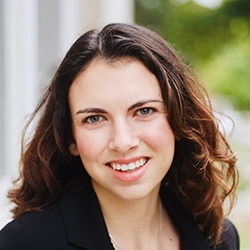 The federal Child and Dependent Care Credit (CDCC) subsidizes child care costs for working families. Before 2021, the CDCC was nonrefundable, so only families with positive tax liability after other deductions benefited. I estimate how CDCC eligibility, benefits, and marginal tax rates would change if the credit were made permanently refundable, relative to 2020 CDCC parameters set to be restored in 2022. Under refundability, some 5 percent of single parents gain eligibility and receive on average over $1,000 annually. Eligibility increases are largest among Black and Hispanic households. Increases in marginal tax rates among moderate-income taxpayers are small.

Conclusion
In this paper, I show that making the CDCC permanently refundable would increase eligibility and benefits among low-income taxpayers, who do not tend to benefit from other child care subsidy programs, such as dependent care FSAs. Furthermore, refundability would lead to particularly large increases in eligibility among Black and Hispanic households, which are relatively unlikely to qualify for the nonrefundable CDCC. Turning to intensive margin labor supply incentives, refundability would decrease marginal tax rates with respect to income among very-low-income taxpayers. Moderate-income taxpayers would experience small increases in marginal tax rates with respect to income but decreases in marginal tax rates with respect to child care expenditures.

Despite relatively high marginal tax rates in the phase-out region of the EITC, researchers show that EITC benefits increase work participation among single mothers (Eissa and Liebman 1996; Hoynes and Patel 2018; Keane and Mott 1998; Meyer and Rosenbaum 2001; Michelmore and Pilkauskas, forthcoming) and that decreases in labor supply among taxpayers on the phase-out region are relatively small (Chetty, Friedman, and Saez 2013). Hence, evidence from research on the EITC, along with the relatively small increases in marginal tax rates due to refundability shown in Table 4, suggests that making the CDCC permanently refundable would increase work among low-income parents who are willing to pay for child care. Evidence that increases in CDCC generosity increase paid child care use (Miller and Mumford 2015; Pepin 2020) corroborates the idea that a permanent refundable CDCC likely would increase both work and child care spending among low-income parents.

While I show that making the CDCC permanently refundable generally would encourage work and child care spending, additional research is needed to understand how increases in
eligibility and benefits would affect taxpayers' behavior. Characterizing the extent to which increases in CDCC generosity among low-income taxpayers induce parents to pay for child care and to enter the labor force will allow policymakers to better understand the costs and benefits of altering CDCC policies, such as refundability.