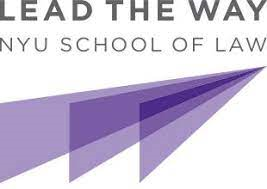 New York University School of Law has just wrapped what it says is the largest capital campaign by any law school in the country.

The school launched its Lead The Way campaign in 2013 with the goal of raising $450 million, and ended in August with $540 million raised. That funding has helped the Manhattan school bolster financial aid for students, hire additional faculty and add new centers.

“The unprecedented success of our campaign affirms the excellence of NYU Law and provides a tremendous investment in its future,” law dean Trevor Morrison said in announcing the campaign’s conclusion.

Law school capital campaigns vary widely in their goals, depending on their length and the school’s size and alumni base. Harvard Law School in 2008 raised more than $476 million during its then-record-breaking Setting in the Standard campaign. The University of California at Los Angeles School of Law in 2020 announced that its latest capital campaign raised upwards of $181 million — more than the initial $150 million goal.

Dean Trevor Morrison today announced that NYU Law’s Lead the Way capital campaign, which concluded in August 2021, has raised more than $540 million, exceeding its initial $450 million fundraising goal and ensuring the strength and vitality of the Law School for years to come.

“The unprecedented success of our Campaign affirms the excellence of NYU Law and provides a tremendous investment in its future,” says Morrison. “The generosity of our alumni and other supporters will help NYU Law to remain a true leader in legal education, with an outstanding faculty that prepares our students to be at the forefront of the legal profession, addressing the most pressing issues of our time. We are deeply grateful.”

Funds raised by the Campaign will be used for a range of purposes, including to advance the goals identified in the Law School’s 2016 Strategic Plan: ensuring student success, extending NYU Law’s long tradition of innovation in legal education, and fostering diversity and inclusion in the Law School and the legal profession.