Mayer Presents What Is Caesar's, What Is God's: Fundamental Public Policy For Churches Today At San Diego 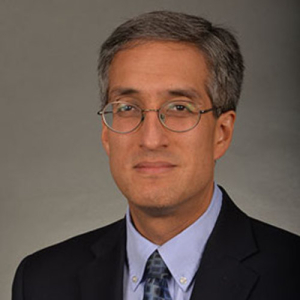 Bob Jones University v. United States is a highly debated Supreme Court decision, both regarding whether it was correct and what exactly it stands for, and a rarely applied one. Its recognition of a “fundamental public policy doctrine” that could cause an otherwise tax-exempt organization to lose its favorable federal tax status remains highly controversial, although the Court has shown no inclination to revisit the case, and Congress has shown no desire to change the underlying statutes to alter the case’s result. That lack of action may be in part because the IRS applies the decision in relatively rare and narrow circumstances.

The mention of the decision during oral argument in Obergefell v. Hodges raised the specter of more vigorous and broader application of the doctrine, however. It renewed debate about what public policies other than avoiding racial discrimination in education might qualify as fundamental and also whether and to what extent the doctrine should apply to churches, as opposed to the religious schools involved in the original case. The IRS has taken the position that churches are no different than any other tax-exempt organizations in this context, although it has only denied or revoked the tax-exempt status of a handful of churches based on this doctrine.

The emergence of the Bob Jones University decision in the Obergefell oral argument renders consideration of these issues particularly timely, especially in light of developments over the past several decades both with respect to the legal status of churches and what arguably could be considered fundamental policy. This Article therefore explores whether there are emerging conflicts between a significant number of churches and what could be considered fundamental public policy, not only with respect to sexual orientation discrimination but also with respect to sex discrimination, sanctuary churches, and other areas. Finding that there are several current or likely future such conflicts, it then explores whether there are philosophical and legal grounds for treating churches differently from other tax-exempt organizations for purposes of applying the contrary-to-fundamental-public-policy doctrine and the related illegality doctrine. Drawing on both the longstanding concept of “sphere sovereignty” and emerging work in the area of First Amendment institutions, the Article concludes that churches should not be subject to the former doctrine, but that they still should be subject to loss of their tax benefits if they engage in or encourage significant criminal activity. The Article then concludes by applying this conclusion to the identified areas of current or likely future conflict to demonstrate how the IRS and the courts should apply the Bob Jones University decision to churches.