Kennedy: Is It Ever OK To Enunciate A Slur In The Classroom? 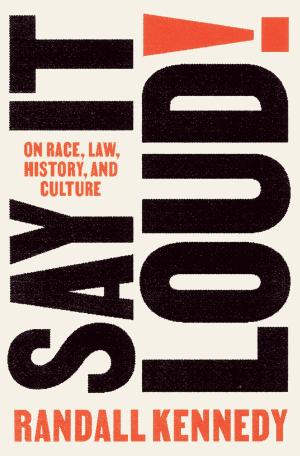 Is it acceptable for pedagogical purposes to enunciate the epithet “[N-word]”?

The question is topical because of a string of incidents in which professors have been condemned, disciplined, even fired for enunciating in full the notorious N-word. Controversies have stemmed from a professor airing the word while discussing language from which courts have withdrawn the protection that the First Amendment typically accords to speech; a teacher mentioning the word while discussing a hate-speech prosecution; a teacher quoting a passage in which the term appears in a Supreme Court opinion; a professor quoting a statement attributed to a founding father who reportedly referred to Blacks as “[N-word]” during debate over the ratification of the Constitution; a teacher reading aloud from James Baldwin.

In my teaching I have done on many occasions the thing that has brought trouble to those and other fellow educators. I do not “use” “[N-word]” in the sense in which “use” is rightly condemned. I do not bandy it about gratuitously, much less to taunt, threaten, demean, or insult anyone. I enunciate “[N-word]” in full, out loud with some purpose in mind. Usually the aim is to drive home to audiences the pervasiveness of anti-Black prejudice and, more specifically, the way in which this troublesome word has been an integral part of the soundtrack of American racism.

Some thoughtful teachers determinedly avoid vocalizing “[N-word].” I think here of the distinguished University of Chicago law professor Geoffrey R. Stone, an eminent scholar of constitutional law and a stalwart champion of academic freedom. ... Stone’s new stance deferred to the proposition that, in these circumstances, a feeling of hurt upon hearing “[N-word]” is a reaction warranting accommodation. I disagree. I am skeptical of some of the claims of hurt. I suspect that some of them are the product of learned strategic ripostes. It is now well known that in certain settings, particularly those that strive to be socially enlightened (like colleges and universities), you can effectively challenge speech to which you object by claiming not only that it is socially abhorrent (racist, sexist, transphobic, etc., etc., etc.) but that it makes you feel insulted, offended, or endangered. ...

[M]y position remains the same even in the case of the objector who genuinely experiences hurt feeling upon hearing the N-word. That is because of my view of “feelings.” Feelings are not unchangeable givens, untouched and untouchable by how their expression is received. Feelings are, at least in part, influenced by the responses of others. The more that schools validate the idea that hurt is justified in the circumstances pertinent here, the more that hurt will be expressed, and the more there will be calls to respect expressed feelings of hurt by avoiding, prohibiting, or punishing what is said to trigger them. I insist upon pushing in another direction, advancing the message that, in circumstances in which “[N-word]” is aired for pedagogical purposes, there is no good reason to feel hurt.

It does no favor to students to spare their feelings if doing so comes at the expense of valuable education. Professor Stone concluded that vocalizing the N-word was “useful” but inessential. In my view, “useful” instruction should be pursued. Lawyers and judges frequently encounter distressing sights and sounds as part of their professional responsibilities. Every year, in hundreds of cases, “[N-word]” is heard in courts. It figured prominently in one of the most infamous murder trials of the 20th century — the O.J. Simpson case. A lawyer who becomes distracted or depressed upon hearing “[N-word]” or any other slur is a lawyer with a glaring vulnerability. I would hope that part of what a law school would impart to students are techniques of self-mastery that will enable them to manage their feelings in order to assist optimally the people and institutions that will rely upon them for guidance. ...

My remarks are not the result of a transient, ethereal concern. They stem in part from a deep well of study nourished by experience. I am an African American, born in 1954 in the Deep South (Columbia, S.C.). My parents of blessed memory were refugees who fled Jim Crow oppression. They were branded as “[N-word].” And I have been called “[N-word]” too.

Should my race make a difference, cloaking me with more leeway in my pedagogical options than white colleagues? I abjure such a “privilege.” In the domain of culture there ought be no boundaries that fence out people based on racial identification or ascription. There ought be no words that Blacks are permitted to say but that whites or others are prohibited from saying. While racist use of “[N-word]” should be condemned no matter the racial identity of the speaker, nonracist deployment of “[N-word]” should be accepted no matter the racial identity of the speaker. ...

Racism, alas, remains a powerful presence that displays itself ubiquitously, as in the deeply disturbing campaign to intimidate dissident instruction about the history of American racial wrongs. Racism is a looming, destructive force that we must vigorously resist. Vigilance is essential. But so, too, is a capacity and willingness to draw crucial distinctions. There is a world of difference that separates the racist use of “[N-word]” from the vocalizing of “[N-word]” for pedagogical reasons aimed at enabling students to attain important knowledge.