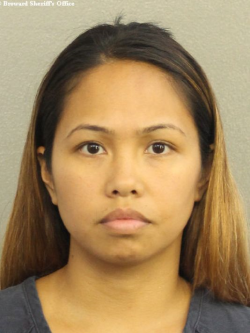 Attorneys for Katherine Magbanua are seeking to disqualify prosecutors, who allege she was involved in the plot to kill Dan Markel, saying they intentionally provided the jury misleading evidence and left out information that was exculpatory during her first trial.

Less than a month before Magabnua goes back on trial for first-degree murder, conspiracy to commit murder and solicitation to commit murder, her Miami attorneys are asking a judge to oust the State Attorney’s Office from her prosecution.

Their claims, filed in Leon County Circuit Court Friday afternoon, lie in exhibits presented at Magbanua’s first trial in 2019. A hung jury was unable to decide her fate and a mistrial was declared. She will again face a jury October 4.

The exhibits include phone and bank records for Magbanua that they say not only were inaccurate but contained information kept from the jury that may have provided evidence in her favor.