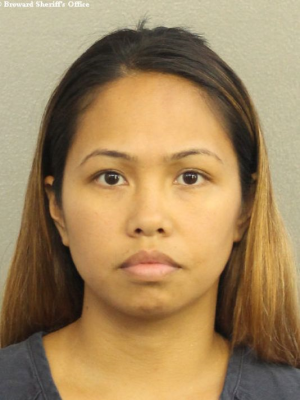 A judge is set to weigh requests by Katherine Magabunua’s attorneys to disqualify prosecutors and continue her trial on charges she was involved in coordinating Dan Markel’s murder.

Her attorneys in the past week have leveled accusations prosecutors intentionally provided the jury misleading evidence and left out information that was exculpatory during her first trial in 2019.

They also have concerns about health safety after Magbanua, 36, unbeknownst to her attorneys Christopher DeCoste and Tara Kawass, both cancer survivors, was brought into court late last month with COVID-19.

Magbanua is charged with first-degree murder, conspiracy to commit murder and solicitation of murder in Markel's July 2014 shooting at his home on Trescott Drive.

The hearing in front of Circuit Judge Robert Wheeler is set for Monday morning in Tallahassee, with a trial in the high-profile case set for Oct. 4.

Katherine Magbanua’s attorneys are asking a judge to delay her October trial, saying they have “zero confidence that the court system can ensure safety during the retrial.” ...

The request to delay the trial comes just days after Magbanua’s defense team asked a judge to disqualify the State Attorney’s Office from prosecuting the case. It accuses prosecutors of “intentionally presenting misleading evidence” and “substantial misconduct.”

Magbanua is scheduled to be retried on Oct. 4 after her first trial ended in a hung jury. She’s accused of conspiracy and murder in the 2014 murder of FSU professor Dan Markel. Two other co-defendants — Sigfredo Garcia and Luis Rivera — are already serving time in prison for the crime. ...

State Attorney Jack Campbell called the motion to disqualify his office “unfortunate,” saying it’s “an attempt by the defense to discredit us.” Campbell also defended his prosecution of the case. “I think what you have here is people using various tactics...to influence our ability to seat a jury,” Campbell said.