Reflections On Elite Education: In A Just World, Would The College I Teach At Exist?

Chronicle of Higher Education op-ed:  Reflections on Elite Education: In a Just World, Would the College I Teach at Exist?, by Jonny Thakkar (Swarthmore): 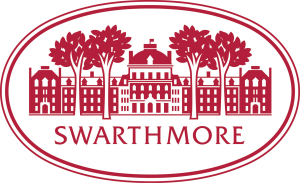 One of the wonders of modern academe is that the ideal of workplace democracy should be so prevalent among people who regularly endure faculty meetings. It’s not hard to see how lived experience might lead academics to a Churchillian argument for workplace democracy as the least-bad option, a way of preventing administrative tyranny and legitimating decisions, but how anyone can take seriously the Arendtian vision of speechifying as some higher form of life I really don’t know.

Swarthmore College, where I have taught for the last four years, is run pretty democratically as a result of its Quaker heritage, to the point where any erosion of faculty governance is still noticed and lamented even if the most important decisions seem to be out of our hands. Much of the work is trivial but slow. ... Whether professors’ time is best devoted to such Solomonic inquiries is a question I have not yet seen raised — this is what faculty governance looks like, apparently, and in any case nobody forces you to show up.

The problem with not showing up, of course, is that sometimes important things do get debated, and every so often they even get decided. ... Something about the setting encourages melodrama and grandstanding, not to mention a tendency toward digression that can make concentration, especially via Zoom, seem like a mark of sainthood. A lot has to do with the internal logic of this kind of gathering; everyone has a right to speak, but it’s first-come-first-served and some were born with their hands up. But if people jump up to speak (as I sometimes do) or if they feel compelled to enter a comment in the chat, it’s generally because they care deeply, not only about the issue at hand but also about the underlying question of what Swarthmore stands for. It is this question, unresolved and for the most part unposed, that is the ultimate source of conflict.

Everything hinges on a tension that is constitutive to the college itself, given its history and self-conception. The official mission statement reads as follows:

Swarthmore College provides learners of diverse backgrounds a transformative liberal-arts education grounded in rigorous intellectual inquiry and empowers all who share in our community to flourish and contribute to a better world.

What is the meaning of the first “and” in that sentence? How exactly is the goal of providing a rigorous education supposed to relate to that of building a better world? Are they simply parallel, or is one supposed to be subordinate to the other? This isn’t about uncovering the founders’ original intent, since this particular sequence of words was only recently introduced. It’s more that the statement captures an uncertainty that runs deep at Swarthmore — and, I surmise, at similar institutions, however democratically governed they are. What is our role in the world? To what extent is our institution a vehicle for political progress as opposed to academic excellence?

Rational decision-making is impossible if these questions are left hanging, but at the same time it’s not hard to see why nobody tries to resolve them. Cass Sunstein has extolled the benefits of “incompletely theorized agreements” in political life: The more fine-grained we get, the more we disagree. But even if vagueness can successfully keep the peace among the faculty as a whole, which seemed doubtful this last year, individual academics still have to form their own answer to the question of what the institution is for. After all, in reflecting on which courses to offer, which readings to include, which assignments to set, how to grade, how to interact with students — how to teach, in short — we are necessarily presuming a certain conception of how our individual work dovetails with that of our colleagues as part of some larger project. To think seriously about one’s own role is therefore necessarily to think seriously about what the college is, or should be, aiming at. ...

[It is] hard to imagine how a college like Swarthmore could ever be a powerful vehicle for social justice. A study conducted in 2013 found that 41 percent of its students came from families sitting in the top 5 percent of the U.S. income distribution, and despite recent efforts to broaden access, it remains the case that, financially speaking, the student population is nowhere near representative of American society. Even if that were to change, however, a deeper point would remain, namely that Swarthmore educates around 1,600 students per year at a cost of something like $110,000 per student. (I find it hard to believe it could be so expensive, but the figures are what they are and apparently the explanation is just that the facilities and support services are first class, the faculty are well paid, and the student-faculty ratio is extremely low.) By comparison, the annual per-student spending of Southern Connecticut State University is about $13,000. Surely there is no credible theory of social justice, or at least no view that would attract Swarthmore professors, according to which it could count as just to spend so much more on educating our students than on the rest of their cohort. In a just world, a college like Swarthmore simply wouldn’t exist. The mere possibility would be regarded as obscene.

This makes faculty radicalism at elite colleges largely phantasmagoric. Professors campaigning for something like divestment from fossil fuels typically take themselves to be fighting the man in the form of an inscrutable board of managers — or should that be board of donors? — whom they picture as bourgeois reactionaries. But if a college like Swarthmore is necessarily and essentially complicit in injustice, its faculty members are necessarily and essentially complicit as well, and campaigns to invest our billions more responsibly are mostly window dressing. (They may not be completely pointless, but then nor are Nike’s antiracism messages.) Something similar goes for the common demand — made once again during the student strike at Swarthmore last fall — that colleges respond to injustices visited upon a given population within American society by “lifting up” those who belong to that group on campus, for example by creating special facilities or scholarships accessible only to them or by generating academic offerings more responsive to their supposed interests. Such initiatives can be worthwhile for making those students from underrepresented backgrounds feel more welcome on campus, but the notion that they will automatically make the wider world any more just fails to take into account the divide that inevitably opens up between those students and the communities they’ve left behind in order to receive the massive privilege of a Swarthmore education. ...

In the end, then, the tension between the goal of rigorous education and the goal of political progress that besets Swarthmore and similar colleges — the tension that so frequently permeates faculty meetings, however implicitly — is not simply the product of a fudge designed to keep the peace between professors of different persuasions. It is a tension inscribed in the very heart of contemporary academic life and, more generally, in the circumstances of bourgeois life, which enables forms of individual development that are hard to fully endorse yet quite impossible to regret.