New York Times, We The People: 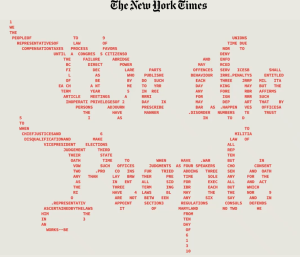 It’s been 50 years since America’s last real update to its Constitution. We asked seven writers and legal scholars what they think needs amending next. These essays are part of a series exploring bold ideas to revitalize and renew the American experiment.

The 26th Amendment to the Constitution took effect 50 years ago this summer, extending the right to vote to all Americans age 18 and older. It was the fourth amendment in the span of a decade, three of which expanded voting rights — a burst of democratic reform nearly unequaled in the nation’s history.

It was also the last meaningful change to the Constitution. And based on the country’s increasingly polarized politics, it is likely to remain the last for anyone alive today. ...

There is one other avenue for reform laid out in Article V of the Constitution: a new convention, which can be triggered by the agreement of two-thirds of the states and which allows a direct vote on amendments, without needing to go through Congress. ...