Lesson From The Tax Court: The Refund Lookback Period Trap 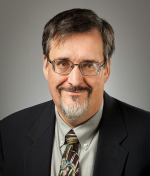 Collection Due Process (CDP) hearings are generally all about collection.  Thus, if a taxpayer says that the IRS failed to apply an available credit to the tax at issue, that is a proper issue to bring up in a CDP hearing.  In Amr M. Mohsen v. Commissioner, T.C. Memo. 2021-99 (Aug. 11, 2021) (Judge Kerrigan), the taxpayer said the IRS should have applied an overpayment credit from a previous year to the tax sought to be collected.  The reason that the claimed credit was not available to be used is the lesson for today: there were no payments within the refund lookback period.  Oh, snap!  The trap!  Details below the fold.

Law:  The §6511(a) Limitation Periods For Refund Claims
Many taxpayers think that if they overpay their taxes the IRS will automatically send them a refund.  Nope. Taxpayers who think they have overpaid their taxes must ask the IRS to issue the refund.  The reason that most taxpayers think this is automatic is because a Form 1040 that reports an overpayment is treated as a claim for refund of that overpayment.  But if a taxpayer later decides they paid too much, they need to ask.  And they must do so within a certain time for the IRS to even consider the refund claim.  The limitation periods are found in §6511(a).  Limitation periods are, by their nature, arbitrary, foreclosing both just and unjust claims.  For a sad example, see Little People's School v. United States, 842 F.2d 570 (1st Cir. 1988) (non profit organization filed too late to recover erroneously assessed and paid employment taxes).

One question that comes up is what happens when the “return” is not actually prepared by the taxpayer but is prepared by the IRS under its authority in §6020.  The answer is: it depends!  Section 6020 authorizes the IRS to prepare a return on behalf of the taxpayer and distinguishes between two types of “Substitutes For Returns” (SFRs).  Under § 6020(a) the Service prepares the SFR based on the taxpayer's "consent to disclose all information necessary for the preparation thereof" and the taxpayer signs the SFR document.  Under § 6020(b) the Service prepares the SFR without the taxpayer's consent or acknowledgment.

An SFR issued per §6020(a) is considered the taxpayer’s return for purposes of triggering the assessment limitation period and can therefore also be a valid claim for refund.  As a practical matter, a taxpayer need not provide "all" the information but does need to cooperate.  However, if the taxpayer does not cooperate and the SFR is issued per §6020(b), then the return is not treated as the return of the taxpayer cannot constitute a valid claim for refund.   See Simmons v. United States, 29 Fed. Cl. 136 (1993) (explaining that a §6020(b) return cannot constitute a refund claim because it does not contain the information needed to put the IRS on notice of an overpayment).  See also Rev. Rul. 2005-59 (distinguishing between §6020(a) and (b) SFRs).

Thus, even if the taxpayer files a timely refund claim, you always need to check the appropriate lookback period to see if there is any money to get refunded!  For a great example, see Rev. Rul. 76-511, describing a situation where the claim was timely but there had been no payments made in the applicable lookback period and thus could be no recovery.

The same §6020 issue arises in calculating the appropriate lookback period here just as it does in calculating the appropriate claim limitations period.  In Healer v. Commissioner, 115 T.C. 316, 323 (2000), the Tax Court noted that even if a taxpayer had just signed the proposed SFR sent to her by the IRS, that would have created a return under 6020(a) which would have been sufficient to trigger the three year lookback period in 6511(b).  But since she did not sign the SFR, the court applied the two year lookback period to deny her refund claim.

This is the lookback trap that we learn about in today’s case.  Let’s take a look.

The IRS declined to apply any amounts and instead started the collection process for the self-reported 2004 balance due of $10,000.  Part of that process, as we know, is to give the taxpayer an opportunity for a CDP hearing.  Mr. Mohsen asked for the CDP hearing and there argued, once again, that the IRS really should use part of the 2002 payment and give the rest back.  Only now he tried to claim that the payment was really a deposit and so was still available.

The IRS Office of Appeals sustained the proposal to levy Mr. Mohsen’s assets to collect the unpaid 2004 liability.  Mr. Mohsen timely petitioned the Tax Court.  And thus we get our lesson.

Lesson:  Without A Payment in the Lookback Period, A Timely Claim Is an Empty Claim
Judge Kerrigan first explains that the Tax Court does indeed have the power to order the IRS to apply an “available credit” to a liability it seeks to collect.  However, she is careful to note that “the mere claim of a credit is not an available credit and such a claim need not be resolved before the IRS can proceed with collection of the liability at issue.” Op. at 9 (quotes and citations omitted).  That is, the Tax Court cannot reopen closed years or even look at other years to independently determine whether a credit is available.

But Mr. Mohsen fell into the §6511(b) lookback trap.  That subsection tells us to use a three-year lookback period starting on the date of the refund claim.  Here, that was October 29, 2015.  Mr. Mohsen would be entitled to recover only payments made within that lookback period.  Here, there were none.

There is just no escaping the fact that, for whatever reason, Mr. Mohsen failed to act timely.  Whether his claim is just or unjust does not matter: the bar of the limitations period grants certitude, not mercy.

Comment 1 - Is it Really Too Late?
I noted that it was not clear whether the 2003 SFR prepared by the IRS was a §6020(a) or (b) SFR.  Here's why that might matter.  If it was a §6020(a) SFR then it would constitute a claim for refund and since the $43,000 was paid within two years prior, there would be no problem with the lookback limitation period.  There would be a problem, however, in that the IRS did not issue a refund.  Mr. Mohsen would need to go to court to get that done and would have two years from the date the IRS rejected the claim.  That two year period, however, is only triggered when the IRS issues an actual notice of disallowance or the taxpayer waives the right to such notice.  See discussion in CCA 200202069. Here, arguably, while the IRS rejected Mr. Mohsen's later claim for refund in 2015, the IRS never issued such a notice as to the 2003 SFR.  So if that SFR was treated as the relevant claim for refund, then arguably Mr. Mohsen would still be able to file suit to recover and the money would be available for offset.  However, if the 2003 SFR were a §6020(b) SFR, then it would NOT be treated as a claim for refund.  Based on her citation to Healy, Judge Kerrigan apparently viewed the SFR as a §6020(b) SFR.  And it most likely was, but it would be nice to nail that down.

Comment 2 - Equitable Recoupement?
Mr. Mohsen would also not be able to use the doctrine of equitable recoupment here.  That doctrine permits a taxpayer to force the IRS to offset an amount it seeks to collect from the taxpayer by an amount that the taxpayer would otherwise be entitled to claim but for the bar of a limitations period.  However, the purpose of the doctrine in tax law is “to prevent injustice where the Government has taxed a single transaction, item, or taxable event under two inconsistent theories."  See Wolfington v. Commissioner, T.C. Memo. 2014-45 (quotes and citations omitted).  Here, Mr. Mohsen’s claimed overpayment relates to different transactions and a different tax period than the liability sought to be collected.

Bryan Camp’s is the George H. Mahon Professor of Law at Texas Tech University School of Law.  He invites readers to return each week to TaxProf Blog for another timely, if not timeless, Lesson From The Tax Court.