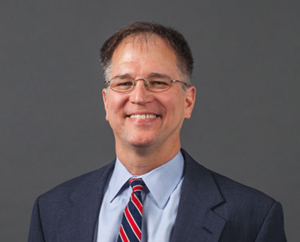 George Mason University (GMU) is threatening employees with disciplinary action that includes “unpaid leave or possible loss of employment” if they don’t comply with the public university’s vaccine mandate. Late last night, the New Civil Liberties Alliance, a nonpartisan, nonprofit civil rights group, filed a complaint in the U.S. District Court for the Eastern District of Virginia on behalf of Antonin Scalia Law School Professor Todd Zywicki against GMU’s unconstitutional reopening policy for the Fall 2021 semester. The policy requires all unvaccinated faculty and staff members, including those who can demonstrate natural immunity through recovery from a prior Covid-19 infection, to not only disclose their vaccination status as “a prerequisite for eligibility for any merit pay increases,” but also be forced into choosing between their health and personal autonomy and suffering serious detriment to their professional careers.

Professor Zywicki has recovered from Covid-19 and thereby acquired robust natural immunity, as confirmed in multiple positive SARS-CoV-2 antibody tests during the past year. Professor Zywicki’s immunologist, Dr. Hooman Noorchashm, has advised him that, based on his personal health and immunity status, it is medically unnecessary to get a Covid-19 vaccine—and that it violates medical ethics to order unnecessary procedures. Affidavits from Drs. Jay Bhattacharya, Martin Kulldorff, and Noorchashm explain that undergoing a full vaccination course creates a risk of harm and provides no benefit either to Prof. Zywicki or the GMU community.

To remain unvaccinated without facing disciplinary action, Professor Zywicki must obtain an exemption to work at home. Otherwise, he must comply with punitive masking, testing, and social-distancing requirements, while facing the prospect of disciplinary action, including termination of employment and lost eligibility for raises. These requirements diminish Professor Zywicki’s efficacy in performing his professional responsibilities; thus, the policy coerces him into receiving the vaccine. In addition, the policy represents an unconstitutional condition being applied to Professor Zywicki’s rights to bodily integrity and informed medical choice.

As an administrative unit of the Commonwealth of Virginia, GMU has no compelling state interest in overriding Professor Zywicki’s personal autonomy by effectively forcing him to receive a vaccine or suffer adverse professional consequences. Because of his natural immunity, Prof. Zywicki already has the same or better antibody levels than a vaccine would give him. In fact, his immunity status makes him far better protected—and less likely to spread the virus—than others on GMU’s campus who have taken one of the inferior foreign vaccines (e.g., Sinovac). As a result, GMU’s arbitrary reopening policy infringes upon Professor Zywicki’s rights under the Ninth and Fourteenth Amendments to the U.S. Constitution—including his rights to due process of law.

The reopening policy also conflicts with federal law. None of the vaccines approved for use in the U.S. has received full Food and Drug Administration (FDA) approval. Rather, they have only been granted Emergency Use Authorization (EUA) status, which means anyone offered the vaccine may withhold their informed consent. The policy thus conflicts with the EUA statute and thereby violates the Supremacy Clause of the U.S. Constitution, which dictates that a state or local law is preempted when it creates “an obstacle to the accomplishment and execution of the full purposes and objectives of Congress.”

NCLA urges the Court to issue a declaratory judgment that GMU’s reopening policy infringes Prof. Zywicki’s right to bodily integrity and to refuse unnecessary medical treatment; that it represents an unconstitutional condition that also denies him due process of law; and that it conflicts with the federal EUA statute and thus violates the Supremacy Clause. For these reasons, NCLA also asks the course to enjoin enforcement of the policy.

“George Mason University’s arbitrary, irrational, and unscientific policy forces our client, a tenured law school professor who has devoted his life to serving his community and his country, to ignore the medical advice of his own doctor. Receiving the vaccine would provide neither Professor Zywicki nor the GMU community any benefit, since he already has demonstrable, robust natural immunity. GMU’s attempt to interfere with Professor Zywicki’s bodily autonomy, with no legitimate rationale for doing so, not only violates medical ethics, but also fundamental rights protected in the Ninth and Fourteenth Amendments to the United States Constitution.”
- Jenin Younes, Litigation Counsel, NCLA

“George Mason University’s policy is indefensible from a medical standpoint, violates our client’s constitutional rights, and deprives him of due process of law. Common sense and medical science should underpin GMU’s actions. Both have gone missing with this latest effort to force a distinguished professor to take a vaccine that he does not need—not for his own protection nor for anyone else’s safety at Scalia Law School.”
— Harriet Hageman, Senior Litigation Counsel, NCLA