We study the implications of stricter tenure standards in law schools, an environment in which 95 percent of all tenure-track hires receive tenure. To do so, we construct a novel data set of the articles and citation counts of 1,712 law professors who were granted tenure at top-100 law schools between 1970 and 2007. We first show that pretenure research records are highly predictive of future academic impact. We then simulate the effects of applying stricter tenure standards using predictions of law professors’ future academic impact at the time of their tenure decisions. We find that increasing tenure denial rates to the same level as hard-science departments—which would require increasing denial rates by 30 percentage points—could more than double the median posttenure academic impact of the faculty that law schools initially tenure. 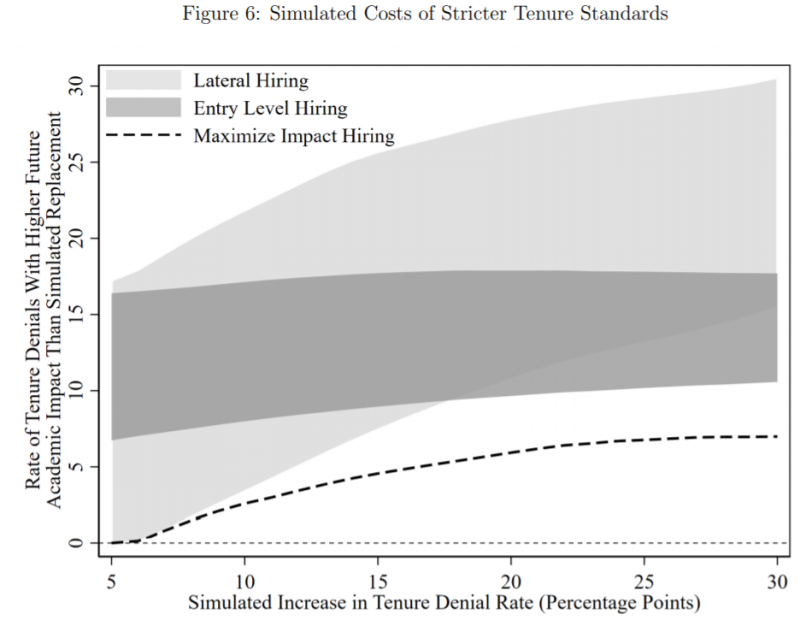 I think their basic point is correct: law schools, especially those maintaining a high scholarly profile, should be more demanding about tenure.