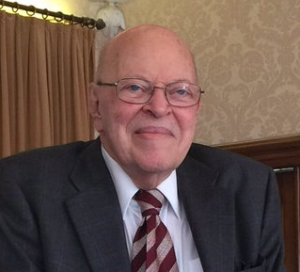 In July, I published an op-ed by Peter Lederer (Miami), A Modest Proposal For Legal Education. Deborah Merritt reports that Peter died on Sunday, August 8. He had a long and storied legal career — he was the 17th partner at Baker & McKenzie, General Counsel to Nuclear Electric Insurance Limited, and General Counsel to Deloitte Touche Tohmatsu. Debby has published an expanded version of Peter's op-ed on her Law School Cafe blog:

Astute observers of the legal landscape hold that the present system is broken. Legal education, licensure, the inability to produce “practice-ready” lawyers after seven full years of prohibitively expensive training, are all under attack. ...

Can employers who need people to perform “legal tasks” undertake serious efforts to disaggregate the necessary skills? We have learned that it does not take a 1st-year lawyer paid $200,000 a year to review documents in a dusty warehouse. Advances in eDiscovery have brought revolutionary staffing changes in a few short years. A decade ago, Richard Susskind’s Tomorrow’s Lawyers laid out the blueprint for what more can be done. In short, if the skills required are known, and if employers are prepared to hire people with precisely those skills, we can move away from the one-size, “JD required” model that now burdens us. Little prior education is needed for some law jobs, and training could be done in a few months. Others might require some years of undergraduate work before such specialized training.

With a “catalog” of the required skills in hand, the next step would be to design the learning modules required and decide by whom and how they will be delivered. After that comes the need to train people in relatively large numbers. But we have a proven approach for that. It is distance education, a tool that once again, informed by what the world has learned during the pandemic, offers the opportunity to be as radical as it was well over a century ago. Then it was launched by institutions such as Oxford, University College London, and University of London in the UK. In the US, the University of Chicago and Columbia pioneered these efforts. Is it “as good as” an in-person education? Let’s assume that it is not. But it is hard to argue that no education is better.

Distance education works. Can US law schools offer such programs? In theory, yes–but the obstacles are discouraging