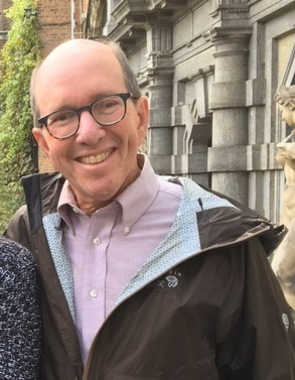 Jonathan Forman, 69, died Aug. 16 from complications due to a brain hemorrhage. A tax law professor at the University of Oklahoma College of Law for 36 years, Forman helped educate hundreds, if not thousands, of future attorneys. At the time of his death, he was the Kenneth E. McAfee Centennial Chair in Law.

Known for his flashy ties and vintage Hawaiian shirts, Forman always looked for ways to enliven tax law and policy. For years, he and his students ran the Volunteer Income Tax Assistance program at the Norman Public Library.

Once a long-haired anti-war protester with a fondness for the Grateful Dead, Forman grew up in Cleveland, Ohio, before cutting his teeth on tax law in Washington, D.C. It was in the nation's capital where he met his wife of 38 years. They later made Norman, Oklahoma, their permanent and cherished home. ...

He is survived by his wife, Lani Malysa; sister, Elaine Schwartz, and her husband, Jay Schwartz; two children, Carmen and Neil; his daughter-in-law, Amy, and granddaughter, Margaret.

Due to COVID-19, a celebration of life will be held at a later date. In lieu of flowers, donations can be made at his favorite charity, Food and Shelter of Norman.