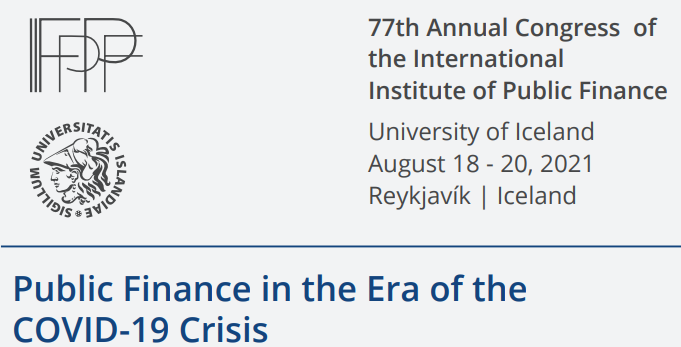 Here are some tax presentations and papers of interest at the 77th Annual Congress of the International Institute of Public Finance: Public Finance in the Era of the COVID-19 Crisis:

Dhammika Dharmapala (Chicago; Google Scholar), Do Multinational Firms use Tax Havens to the Detriment of Other Countries?:

The use of tax havens by multinational corporations (MNCs) has attracted increasing attention and scrutiny in recent years. This paper provides an exposition of the academic literature on this topic. It begins with an overview of the basic facts regarding MNCs’ use of havens, which are consistent with the location of holding companies, intellectual property, and financial activities in havens. However, there is also evidence of significant frictions that limit MNCs’ use of havens. These limits can be attributed to nontax frictions (such as the legal and business environment in different jurisdictions), to tax law provisions limiting profit shifting, and to the costs of tax planning. There is evidence consistent with the relevance of each of these channels. The paper also argues that nonhaven countries have available a range of powerful tax law instruments to neutralize the impact of MNCs’ use of havens.

We provide a general model of the optimal mix of income and consumption taxes in the presence of tax avoidance. We find a Ramsey-type result in which each of income and consumption taxes should be imposed in inverse proportion to the combined elasticity of real and avoidance responses to the respective tax. Contrary to some prior results, we find that consumption taxes are optimally non-zero across a variety of settings, and in particular when the (weighted) elasticity of taxable income with respect to the income tax is greater than the cross-elasticity of taxable income with respect to the consumption tax. We then implement a calibration exercise in which we estimate this cross-elasticity using voting on local sales-tax increases in California. Our estimates suggest non-zero sales taxes would be efficient for more than nine-tenths of the distribution of potential outcomes.

Panel discussion: Learning from Tax History
Economists have not paid as much attention to tax history as have law and other disciplines. In this session MIchael Keen (IMF) and Joel Slemrod (University of Michigan), Chantal Stebbings (University of Exeter) and Steven Bank (UCLA) will draw on their work in the area to argue that tax history is a fertile and rewarding topic.

Governments have always struggled to tax in ways that are effective and tolerably fair. Sometimes they fail grotesquely, as when, in 1898, the British ignited a rebellion in Sierra Leone by imposing a tax on huts―and, in repressing it, ended up burning the very huts they intended to tax. Sometimes they succeed astonishingly, as when, in eighteenth-century Britain, a cut in the tax on tea massively increased revenue. In this entertaining book, two leading authorities on taxation, In this book, we provide a fascinating and informative tour through these and many other episodes in tax history, both preposterous and dramatic―from the plundering described by Herodotus and an Incan tax payable in lice to the (misremembered) Boston Tea Party and the scandals of the Panama Papers. Along the way, readers meet a colorful cast of tax rascals, and even a few tax heroes.

Steven Bank (UCLA), The Creation of an Expense Account Society:

Almost immediately after lockdowns were announced in response to the COVID-19 pandemic, President Donald Trump called for restoring the deduction for business meal and entertainment expenses that had been removed in 2017. Perhaps imagining that it would result in a return to the post-World War II era when lavish spending was common, Trump hoped it would rescue a sinking restaurant industry. In a sense, he was right to connect tax with business meals and entertainment. Expense accounts, and the industry that evolved to support it, were a creature of the high post-war tax rates that persisted through the 1950s and beyond. Understanding the rise of this phenomenon, and the forces that conspired to defeat President John F. Kennedy proposal to eliminate deductions for meals and entertainment, helps to explain how inextricably linked tax is with business spending on meals and entertainment and how it became entrenched in American society.