Nearly 61% of U.S households paid no federal income taxes during pandemic-stricken year of 2020, because of declines in income and boosts to government subsidies that wiped away tax liabilities, according to data from the Urban-Brookings Tax Policy Center.

The number of households owing nothing came in at 106.8 million, up from 75.9 million in 2019, the study, released Wednesday, showed. The 60.6% proportion for last year compares with 43.3% over the five years before the pandemic struck. 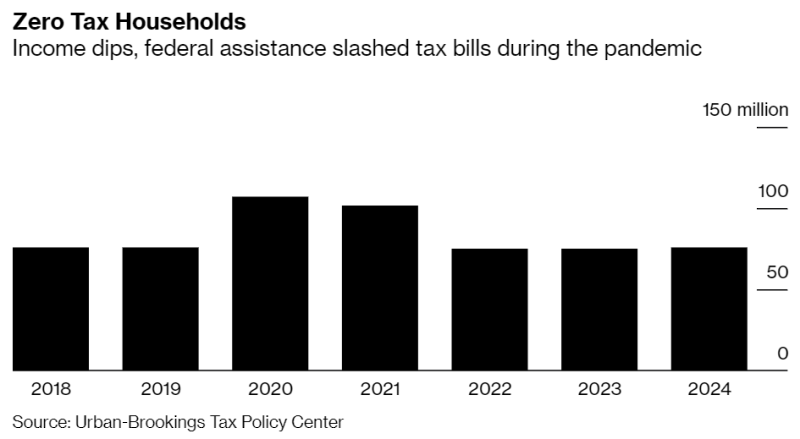 Howard Gleckman (TaxVox), The COVID-19 Pandemic Drove A Huge, But Temporary, Increase in Households That Did Not Pay Federal Income Tax:

The spike is likely to be temporary, however. The share of non-payers will decline to about 102 million or 57 percent this year. And TPC projects that the percentage will return to pre-pandemic levels in 2022 and continue to decline after that, assuming the economy continues to rebound and several temporary tax benefits expire as scheduled.

Last year, the share of non-payers increased by roughly 40 percent from the pre-pandemic year of 2019, due to a combination of a poor economy and multiple rounds of tax-based assistance to hard-pressed households.