Why Real Coaches (And Deans) Want To Be Ted Lasso 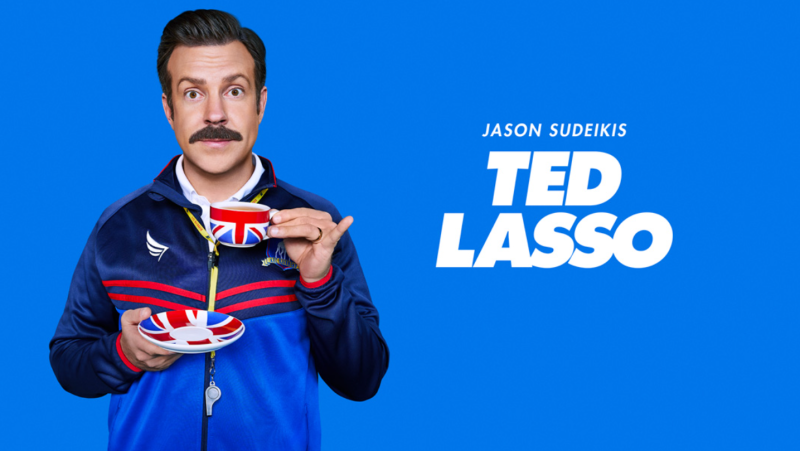 Following up on my previous post, Ted Lasso, Law School Deaning, And The Power Of Forgiveness:

He doesn’t know anything about his sport, but he knows how to get the best of his players. An unexpected hit TV show has become ‘required watching’ for coaches.

Utah Jazz coach Quin Snyder needed some help dealing with a tricky situation at work not long ago. He took advice from one of his favorite television shows.

“I don’t know if you watch ‘Ted Lasso,’ ” he said. “But sometimes your favorite animal is a goldfish because it has a memory of 10 seconds. That’s where we need to be.”

There was something curious about one of the NBA’s brightest minds borrowing a Ted Lasso pep talk. He could have leaned on decades of experience to get his basketball team past a stressful moment in the playoffs. He decided to invoke the folksy wisdom of a fictional American football coach managing an English soccer club.

It turns out he’s not the only person in professional sports channeling his inner Ted Lasso these days. “It should be required watching for coaches,” Snyder said.

The model for modern coaches evolving from Lombardi to Lasso is a reflection of the shifting power dynamics in sports and how much has changed in management strategies over the past decade. Not every coach is relentlessly cheerful or comes to the office with freshly baked cookies for his boss. But it’s hard to look around the business world and not see hints of Jason Sudeikis’s character. ...

Tyranny is out. Empathy is in. Coaches are getting the most of players by relating to them, not dictating to them, while keeping them accountable without coddling them. They are behaving more like Ted Lasso.

There is a takeaway from the series, now in its second season on Apple TV+, that applies to any line of work: The best coaches are the best managers of people.

It doesn’t matter that Lasso doesn’t know anything about the sport. What happens on the pitch is the least demanding part of his job. He soothes the neuroses of his star players. He injects his role players with confidence. He uses his superpower of emotional intelligence to balance competing personalities, foster an environment where everyone is capable of good work and build the culture of a team initially resistant to his charms.

The show found an early supporter in someone else who believes that winning should be fun, Golden State Warriors coach Steve Kerr, who tweeted his praise for the series when most people were ready to dismiss it. ... “If there is a lesson on the show, it is that culture beats scheme,” Kerr said in an email. “The guy knows nothing about soccer but he has created a great atmosphere with the club that leads to winning.” ...

The imperial coach is becoming a relic as Ted Lasso’s temperament becomes the standard. If there is one word that encapsulates the Lasso school of management, it’s the word he litters around his flat: “BELIEVE.” That was also the word the Atlanta Hawks flaunted on their warmups during their own surprising playoff run.

Art imitates life. Life is now imitating art. But the funny thing about this show becoming reality and Ted Lasso turning into a guru is that if a sports team asked the character’s writers for advice, their first response might very well be laughing him out of the room.

“I’d be somewhat disinclined to be responsible for the fortunes of a franchise that uses a sitcom as their philosophical north star,” said [Brendan Hunt, one of the show’s creators and writers who also plays Coach Beard, Lasso’s side]. “Trying to demonstrate good leadership was not our raison d’être. We’re still just trying to make a comedy.”

New York Times, ‘Ted Lasso’ Is Back, but No Longer an Underdog:

NEW YORK TIMES:  One of the themes surrounding the first season was a version of “This is the show we need now.” Nearly a year later, things have improved in many ways, do you think that will change how the new season is received?

BILL LAWRENCE:  This is a response to the toxic and cynical culture out there, especially social media, the political discourse, how people speak to each other. I don’t think that’s been fixed, unless someone got to it over the weekend when I wasn’t paying attention. That’s why I think “Ted Lasso” is hitting a chord.

JASON SUDEIKIS:  If anything, the quarantine removed the noise of other options people had in their lives. “I can only watch ‘Queen’s Gambit’ so many times, I guess I’ll watch this stupid soccer show.”

BRENDAN HUNT:  That was the slogan for a little while: “Ted Lasso”: Because “Queen’s Gambit” eventually ends.

How vigilant are you about avoiding a kind of sentimentality that feels, if not cheap, perhaps unearned?

LAWRENCE:  It was curious that “Ted Lasso” was labeled, like, “It’s a sunshine enema through your television set!” It’s about a dude whose wife isn’t into him, who’s suffering from massive panic attacks. And a diva player with an abusive father. And a woman who is emotionally abused by her husband and left to rot. Then the narrative became “It’s the cheeriest show you’ll ever see!” So it’s not that difficult to avoid slipping into hugs and treacle.

SUDEIKIS:  One of the themes is that evil exists — bullies, toxic masculinity, malignant narcissists — and we can’t just destroy them. It’s about how you deal with those things. That’s where the positivity and some of the lessons come in — it’s about what we have control over.

We made the first season in a bubble, and we wrote the stories for the second season in the same bubble before the show had come out. The story hasn’t changed at all based on its success. But I think the third season’s going to be an absolute nightmare — it’s just going to be Hallmark card after Hallmark card. I bet the whole damn thing rhymes.

Los Angeles Times, They Believe in ‘Ted Lasso’ the Way He Believes In Them:

Though he plays him for laughs, behind the goofiness there’s a sincerity and genuineness to Ted Lasso’s wisdom that captures even the most hardbitten players. And it quickly proved so popular — last week’s 20 Emmy nominations set a record for a freshman sitcom.

The show’s strength, [U.S. men's soccer coach Greg] Berhalter said, isn’t the soccer but everything that transpires around it. “I don’t watch the show for what I see on the field. That’s not the point,” he said. “But I think, in any sport, a lot of team success is what happens in the locker room. And they get that absolutely right.

“When you talk about team dynamic and relationships between coaches and players and senior management and coaching, all those things are really interesting to watch.” [U.S. men's soccer coach Dave] Sarachan, an assistant on one World Cup team who has coached for seven MLS Cup finalists, said he appreciates Lasso’s unconventional, sometimes childish approach, as when he opens the first season by taping a hand-written sign that reads “Believe” above his office door.

Season 2 of Ted Lasso drops on Apple TV+ this Friday.