Why Do Religion And Philosophy Majors Score Higher On The LSAT Than Other Majors?

Most of us have seen the data: philosophy majors perform very well on the GRE, the LSAT, the MCAT, the GMAT, and on acceptance rates to postgraduate study. Daily Nous itself helpfully collects some of the data. But as critics such as Bryan Caplan, Jason Brennan, and Phillip Magness have recently observed, it’s not clear how much of this result is a treatment effect and how much is a selection effect. Perhaps earning a degree in philosophy actually makes you a lot smarter. But perhaps it was only the smart students who decided to major in philosophy in the first place. ...

[T]he best we can do right now is to try to estimate how academically skilled incoming philosophy students are and compare that to philosophy graduates’ academic skills. To do so, we can survey SAT and ACT scores and compare those to GRE, LSAT, and GMAT scores, plus compare SAT and ACT scores to law-school and medical-school admission rates. If incoming first-year philosophers are only of average academic skill relative to their peers, but are of high academic skill relative to their peers when they graduate, then this is prima facie evidence that the graduates’ philosophy programs actually gave them those skills.

As we’ll see, despite some limitations and challenges, there is some evidence that this is in fact the case. In some areas, especially writing and reasoning, a philosophy education seems to create measurable improvements in academic skill versus most of the common majors. ... 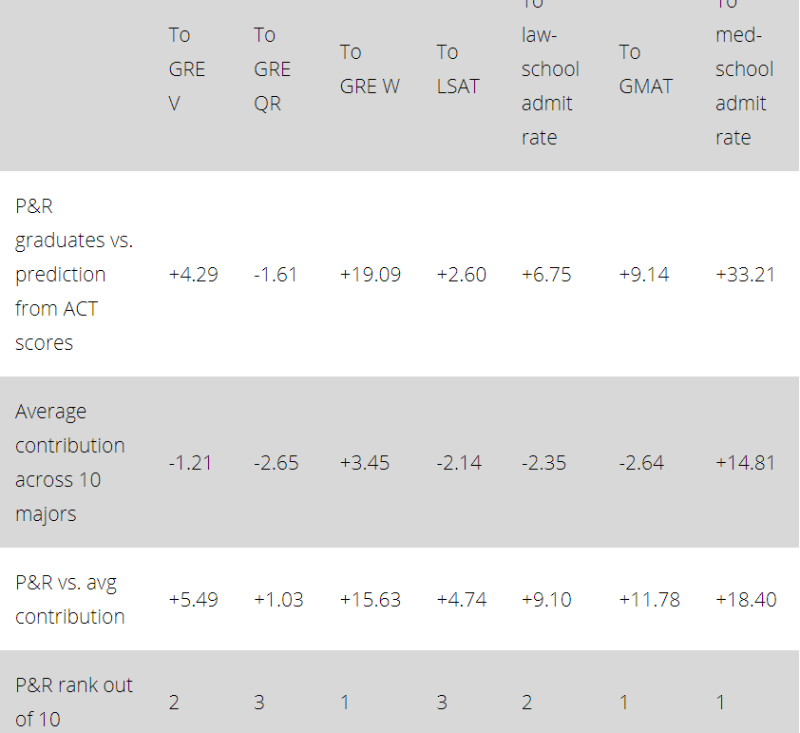 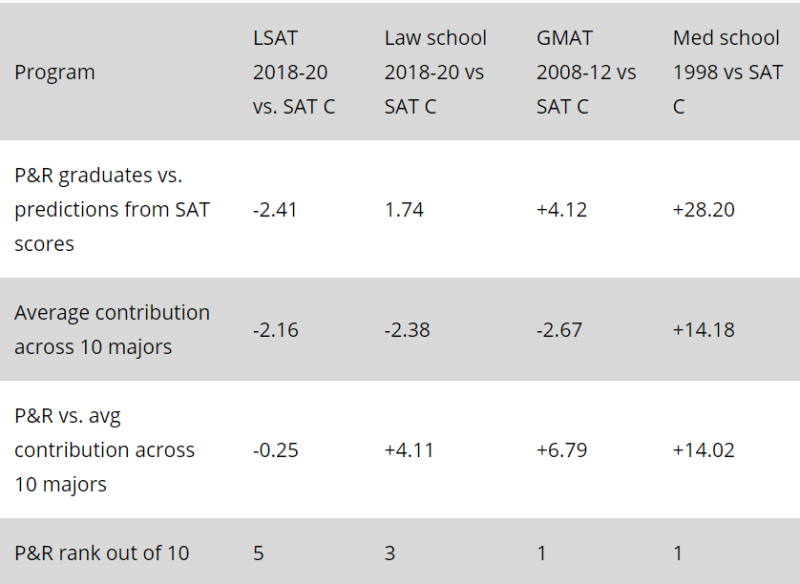 Given what we would predict from ACT comprehensive-score results, philosophy and religion make a much-better-than-average contribution to all these tests and admission rates, including a huge contribution to GRE Writing and to the GMAT.

Given the magnitude of some of these effects, and philosophy majors’ similar performance throughout the recent past (my GRE data are 2017-20 but similar data are available from e.g. 2015-18) I think “chance” is a poor explanation for philosophy majors’ overall performance on standardized tests and admissions. I think the two best explanations are “mostly a selection effect” (i.e., people who are already academically skilled choose to major in philosophy) and “mostly a treatment effect” (i.e., a philosophy education makes people a lot more academically skilled, at least in writing, law-school-relevant reasoning, GMAT-relevant reasoning, and maybe med-school-relevant qualifications). But, crucially, given that intended philosophy-and-religion majors aren’t that impressive relative to other intended majors, this is prima facie evidence that a substantial portion of the effect is treatment. In all likelihood, studying philosophy confers a non-negligible benefit to your GRE-Writing-related and your GMAT-related academic skills, and more of a benefit than most other majors would have conferred.