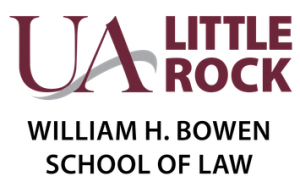 In the previous column, I discussed the Bowen administration's unannounced decision to superimpose Clinton's name on a professorship at an Arkansas law school where Clinton never served on the faculty. Consequently, what had been known as the "Distinguished Professor of Law and Public Policy" since its founding in 1999, suddenly became called the "William J. Clinton Professor of Constitutional Law and Public Service."

In my column, I quoted emails, obtained through Arkansas' Freedom of Information Act, from professor Tom Sullivan and Steinbuch, which said Clinton was disbarred from practicing before the U.S. Supreme Court.

However, a reader afterwards disputed the use of the term "disbarment," since Clinton agreed to forfeit his Supreme Court license within the 40 days the court allowed him to challenge its disbarment action. So that constituted a suspension of his law license. Yet Clinton's lawyer never filed a rebuttal to the disbarment even though initially indicating he would.

The assertion among some today appears to be that by forfeiting his ability to appear before the Supreme Court, Clinton thereby nullified the Supreme's disbarment action.

This is exactly the type of Clinton language-parsing the public has sadly come to expect from this crowd, said Steinbuch. Several national news organizations referred at the time to the Supreme Court's disbarment of Clinton. ...

Steinbuch summarized facts of the Clinton matter this way: "The Supreme Court issued an order stating Clinton was to be disbarred within 40 days thereafter, presumably based on his long-term suspension from the Arkansas Bar. The court gave him 40 days to explain why he shouldn't be disbarred. But Clinton chose not to respond and instead surrendered his license. The original order regarding disbarment, therefore, remains unchallenged and unchanged."

The way I read this latest exercise in word-parsing is that the high court's disbarment action stands today as it was issued, regardless of whether Clinton chose to forfeit his law license rather than respond to the court.