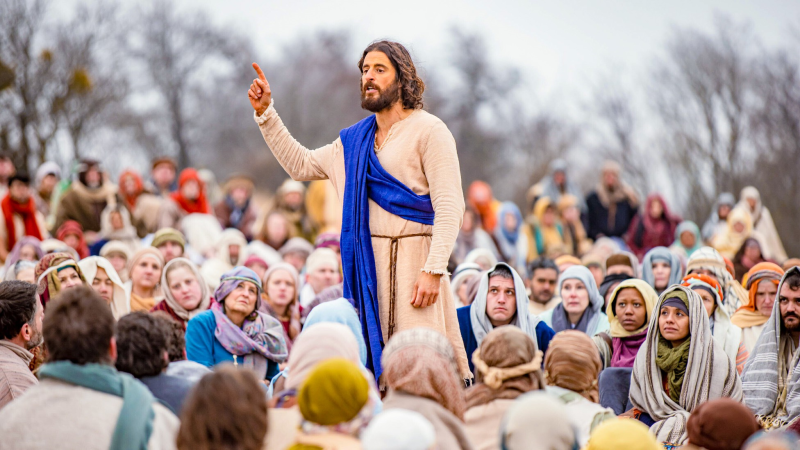 Have you heard about the hit Jesus TV show? The one that launched with a more than $10 million crowdfunding drive? And that streams for free from its own app, where the view counter has surpassed 194 million as of this writing? And that is honestly much better than I expected?

By the standards of independent media, The Chosen is a success. On Easter Sunday, 750,000 people tuned in to live-stream the Season 2 premiere; for comparison, the first episode of HBO’s Mare of Easttown attracted 1 million viewers that same month. Yet The Chosen—which presents the life of Jesus Christ and his disciples as a multi-season drama with imaginative character backstories and interpersonal conflicts—has been a largely underground phenomenon. Until its appearance on NBC’s Peacock earlier this year, The Chosen wasn’t on a major cable network or TV streaming service. Most mainstream publications have not reviewed it, though scattered reports mention its crowdfunding drives (in sum, the largest ever for a media project). You could pay close attention to the television industry and not know The Chosen exists. That’s because the show’s success so far has arrived not in spite of its insularity, but because of it. 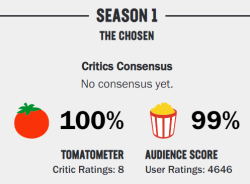 Take it from a critic and a Christian with an aversion to Christian entertainment: The show is good. I’d stop short of calling The Chosen a prestige drama, but it looks and feels downright secular. Despite a wonky accent here and there, the acting is as strong as you’d see on a mainstream network series such as Friday Night Lights or This Is Us. A tracking shot lasting more than 13 minutes opened one recent episode—a typical technique for a filmmaker to flex their skills. The storytelling even inspired me to comply with the show’s promotional hashtag and (ugh) #BingeJesus. ...

Although The Chosen stays faithful to the broad trajectory of the Christian Bible, it also creates some speculative backstories. Scripture mentions Jesus exorcising a demon from Mary Magdalene as almost a passing detail; The Chosen centers it in a tale that explains her subsequent devotion to Christ. Jews who collected taxes for Rome were considered traitors, so the show’s writers depict Matthew the tax collector as on the autism spectrum, reasoning that a social outcast might gravitate toward a profitable but thankless job. The account of Jesus turning water into wine at a wedding might be well known, but in the show, the miracle also saves the bride’s working-class parents from embarrassing the groom’s wealthy father.

The goal, Jenkins told me, was to come up with plausible scenarios that still jibe with the holy book. “We’re not trying to contradict the Bible,” he said. “We’re just trying to build a show around the Bible and tell stories that we think are compelling.” As a viewer who grew up attending church and has made studying scripture a central part of my adult life, I’ve found this approach consistently rewarding.

We will be hosting weekly watch parties of The Chosen this year at Pepperdine Caruso Law.