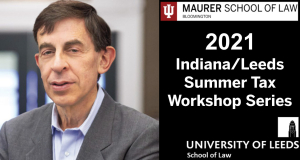 It seems like only yesterday that what one might call the “end of history” in corporate and international tax policy appeared to be at hand. Over time, global tax competition was driving down countries’ corporate income tax revenues, relative to their gross domestic products (GDPs). Statutory corporate tax rates were likewise moving downwards, with a predicted endpoint of zero that some experts favored reaching sooner, rather than later. Meanwhile, with regard to the taxation of multinational companies, the world was said to be marching inexorably towards the universal replacement of worldwide residence-based taxation with that which was purely territorial, or source-based. Proponents lauded this shift as both benign and inevitable, and tended not to emphasize the fact that existing, putatively territorial, systems tended in practice to be “hybrids” that retained significant elements of residence-based taxation of home companies’ foreign source income (FSI).

Also not always emphasized was the tension or complementarity – depending on one’s perspective – between the expected decline of entity-level corporate income taxation in general, and of residence-based taxation of FSI in particular. Discussions of the latter might suggest that residence-based taxation of multinationals was increasingly being supplanted by that which was source-based. But the broader decline of corporate income taxation suggested that source-based corporate taxation was likewise on a path to extinction.

This in turn would imply that the global profits of, say, an Amazon, Apple, or Facebook might be expected to escape entity-level income taxation everywhere, without even continuing to require the sorts of tax planning gyrations that, by 2011 or so, had begun receiving widespread attention. Hence, the economic value that all these profits represented could only be taxed through other sorts of tax instruments – for example, through worldwide residence-based taxation of the companies’ shareholders, and/or consumption taxation of the shareholders and/or customers.

But then this apparent “end of history” – like so many others before it – ran into brisk headwinds. In the public policy realm, a rising focus on global tax avoidance by highly profitable, mainly American, multinationals led to extensive pushback efforts, such as those led by the Organization for Economic Cooperation and Development (OECD). These efforts focused, not just on strengthening source-based corporate income taxation – already in tension with the maxim that tax-competitive pressures make this undesirable and unsustainable – but also on revivifying residence-based worldwide taxation as at least a significant backup. Meanwhile, when the U.S., in 2017, finally moved towards explicit territoriality by exempting U.S. companies’ receipt of dividends from their foreign subsidiaries, it also significantly expanded the current taxability of the companies’ FSI.