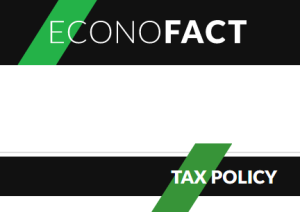 The Issue:
In debates regarding higher versus lower corporate income taxes, an important issue is the impact that changes in either direction would have on the level of domestic investment, and consequently on economic growth, the strength of the labor market, and government revenues. Proponents of the 2017 Tax Cut and Jobs Act (TCJA) argued at the time of its enactment that cutting the United States corporate tax rate from 35 percent to 21 percent would spur investment in the United States, particularly by multinational corporations. Some further claimed that, by reason of these investment responses, the TCJA would only minimally, if at all, reduce federal income tax revenues. More recently, there have been warnings that the proposed partial reversal of the TCJA’s corporate tax rate cut would slow investment and hamper economic growth.

What this Means:
The premise behind the 2017 tax act’s substantial corporate tax rate cut, which was that it would attract a flood of inbound investment by reason of global tax competition, rested on a dated understanding of the corporate sector that has far less validity today than in the past. An analysis that takes into account the more contemporary corporate landscape, backed up by empirical studies of the investment response to the 2017 Act, suggests that somewhat increasing the U.S. corporate rate, as in the Biden Administration’s 2021 tax proposals, would not lead to significant shifting of investment to other countries. However, the extent to which increasing residence-based taxation of U.S. companies’ foreign source income would succeed in raising revenue and protecting the U.S. tax base, rather than leading to the greater use of non-U.S. companies in investing abroad, remains less certain.