This is my 128th post on Dan Markel's murder (links below). WTXL, Family, Friends Honor Dan Markel Seven Years After His Murder: 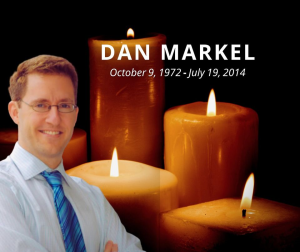 Right now, two people are in prison for that murder, while one woman is awaiting trial.

Friends and family of the internationally known lawyer is now fighting for justice.

Markel's parents are the inspiration behind a Florida proposal that would grant grandparents visitation rights if their child dies.

Jason Solomon is the co-founder of Justice for Dan, as a way to keep Markel's memory alive.

"In addition to the horrible injustice and tragedy of Dan's murder, I think it really resonates with people that we shouldn't be separating families, we should be helping families come together and I hope that Dan's ex-wife Wendi Adelson helps make that happen," said Solomon.

Ruth and Phil Markel share a touching message on the seventh anniversary of the murder of their son, Dan Markel: