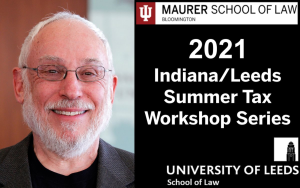 Under the guise of compelling multinational enterprises (MNEs) to pay their fair share of income taxes, the OECD and other multinational agencies have introduced proposals to prevent MNEs from eroding the income tax base of developed economies by continuing to shift income artificially to low or zero tax jurisdictions. Some of the proposals have garnered substantial multinational support, including recent support from the new U.S. presidential administration for a global minimum tax. This Article reviews many of those international proposals. The proposals tend to concentrate the incremental tax revenue from the prevention of base erosion into the treasuries of the developed economies although the minimum tax proposal known as GloBE encourages low tax countries to adopt the minimum rate. The likelihood that zero tax countries will transition successfully to imposing the minimum tax seems uncertain.

Developed economies lack a compelling moral claim to incremental revenue so this Article argues that collecting a fair tax from MNEs and other taxpayers should be a goal that is independent of claims on that revenue. This Article maintains that to prevent tax base erosion, the income tax base and administration must be uniform across national borders and the Article recommends applying uniform rules administered by an international taxing agency. The Article explores the convergence of tax rules under such an international taxing agency.

Distribution of tax revenue by the international agency should follow contextualized need. In addressing the conundrum of absolute poverty in the undeveloped and developing world vis á vis relative poverty in the developed world, the Article proposes that the taxing agency should distribute all incremental revenue from the uniform tax where the need is greatest to ameliorate absolute poverty and improve living standards without regard to income source. The location of income production, destination of the produced goods and services generating the income, and residence of the income producers should not determine the tax revenue distribution. Rather, the use of contextualized need for distribution determination will enable developed economies to receive sufficient revenue to maintain their existing infrastructures and governmental services. Developed economies should forego new revenue, for which they have not budgeted, in favor of improving worldwide living conditions for all. The proposals for uniform, worldwide taxation and revenue sharing based on contextualized need are admittedly aspirational and utopian but designed to encourage debate on sharing of resources in our increasingly globalized world.