NY Times: How Long Should It Take To Give Away Millions?

New York Times, How Long Should It Take to Give Away Millions?: 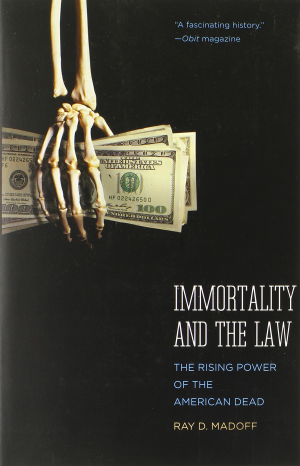 The billionaires, former government officials and academics gathered in a Manhattan conference room to brainstorm solutions to a problem they had all been working on from various angles: how best to update the laws governing philanthropy, most of which were half a century old.

Over sandwiches, sketching their ideas out on whiteboards, they discussed donor-advised funds, a kind of financial way station that allows givers to claim all the tax benefits of donations upfront while leaving the money parked with large firms like Fidelity Charitable or Schwab Charitable or with large community foundations like the Silicon Valley Community Foundation. Today, one out of every eight dollars bound for charities in the United States is channeled into a donor-advised fund.

The participants wanted, among other reforms, to ensure that money stashed in donor-advised funds, which had already earned those donors significant tax savings, ended up in the hands of working charities more quickly. But there was a general recognition in the room that movement would be slow and incremental, if it happened at all.

On Wednesday, the effort will make its way to Congress, where Senators Angus King of Maine and Charles E. Grassley of Iowa are introducing legislation to attempt a version of what the group outlined in that first brainstorming session: a way of ensuring that money promised to charity more quickly gets to the people who need it.

The promise of philanthropy was that the wealthy could enjoy generous tax breaks for their charitable contributions in return for helping society in the ways they saw fit. The pandemic laid bare how, with a few exceptions, accumulation trumped distribution.

More and more of the money given to charity has been delayed, sometimes for decades, if not marooned indefinitely in the endowments of private foundations and in the donor-advised funds, which are akin to 401(k)s for philanthropy but have few regulations or requirements. Over $140 billion sits in these accounts. Another $1 trillion resides in endowments of private foundations like the Bill and Melinda Gates Foundation, which are required to pay out only 5 percent of their assets each year.

“There’s an awful lot of charitable money sitting in warehouses that people have taken deductions for but the money has never reached working charities,” said Mr. King. “That’s the fundamental problem that we’re trying to remedy.”

The sponsors expect the measure to move forward in some capacity with bipartisan support. Mr. King is an independent who caucuses with Democrats, while Mr. Grassley is a Republican fixture on the Finance Committee who has pursued investigations into tax-exempt organizations during his tenure. ...

“Philanthropy is where wealth inequality is playing out in the public realm,” said Ray Madoff, a law professor at Boston College and one of a group of people backing a push to rein in donor-advised funds. “When the super wealthy claim charitable tax benefits, they are supposed to be putting their money to use for the benefit of society at large. The rules we set down about that are incredibly important at a time when there are more and more super wealthy and greater and greater needs of society.” ...

Ms. Madoff ... has written a book, “Immortality and the Law,” about the growing legal power of dead people in America and has applied her knowledge of estate taxes and inheritance law to the rising field of philanthropy. ...

Critics note that the for-profit financial services firms typically earn management fees for the money held and invested by their charitable arms. ...

The bill would close a loophole in order to speed giving to working charities: Foundations would no longer be able to meet the 5 percent annual payout requirement by giving to a donor-advised fund where there currently is no payout requirement. The bill also would prohibit foundations from counting the salaries or travel expenses of a donor’s family members toward the 5 percent minimum.

For donor-advised funds, the proposed legislation would require a donor who wanted the full tax benefit right away to ensure that the funds were dispensed within 15 years.

If that is too fast a pace, or if donors are focused on giving over a longer time span, they could take 50 years to pay out. But they would need to wait until then to claim the full tax deduction.