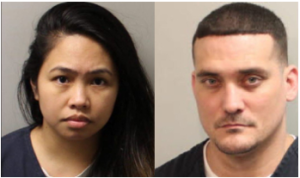 There are new changes to the defense strategy for the woman accused of playing a role in Florida State Law professor Dan Markel's death nearly seven years ago.

Attorneys for Katherine Magbanua believe letters from jail could be key in a not guilty verdict this time around. Those letters come from another man awaiting his own double homicide trial.

Walter Rayborn will testify in court that one of the key witnesses for the prosecution in Katherine Magbanua's first trial lied in order to get a plea deal. "Mr. Rayborn reached out to me from jail and wrote me the letter that we've provided in discovery," said Katherine Magbanua's attorney Tara Kawass.

Kawass believes that letter will play a crucial role in getting her client Katherine Magbanua a not guilty verdict in her next trial.

Magbanua is accused of orchestrating the murder of FSU law professor Dan Markel. In October of 2019, she had a joint trial with Sigfredo Garcia. Garcia is the father of her children. State prosecutors believe Magbanua was the go-between in Markel's death. The state's theory is Markel's ex-wife's family put a hit on the professor. State attorneys say Magbanua was dating Markel's ex-brother-in-law and connected him with her ex-boyfriend, Garcia, and his friend, Luis Rivera, to kill Markel.

In a letter to Magbanua's attorney, a fellow inmate says Rivera lied about Magbanua's involvement in exchange for a plea deal he eventually took. ... In one of the letters sent to Kawass from Rayborn, he claims the prosecution held up color-coded folders while Rivera testified to remind him what to say. The letter also reads "Rivera told me and other inmates countless times that Katie never truly was involved."