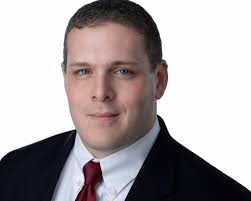 Deans have a multifaceted job. They must simultaneously balance the interests of students, faculty, alumni, donors, and the University administration. Not a simple task. Unsurprisingly, the average tenure of law school deans is only about three years. Deans are rarely fired. When things aren't working out, they usually take a hint and leave early.

Historically, successful deans have had a singular focus: promoting the institution. And that focus demanded broad neutrality. With good reason. If a Dean adopted a position on some issue of public concern, faculty and students may fear opposing that position. Especially for untenured people, the threat of retaliation is real. Moreover, the Dean's position could alienate other components of the community, such as alumni and donors.

In recent years, the position of the Dean has evolved. Now, Deans criticize, and indeed try to punish faculty members for controversial scholarly pursuits. Deans also criticize, and indeed try to punish student groups that host controversial speakers. Deans routinely issue statements on controversial issues du jour, and even ask members of the community to join those statements. Many of these deans lack any scholarly expertise to opine on these issues. (I challenge every law school dean to write a law review note explaining what "systemic racism" is). Invariably, all of these actions come from a single political viewpoint: the progressive left. Conservative faculty members are criticized. Conservative student groups are criticized. And these official statements often accept as gospel precepts of critical racial theory and Anti-Racism.

These actions do not go unnoticed. Deans have now abandoned any precept of neutrality, and have picked a side in the culture wars. At some point, Deans committed to the progressive revolution will alienate members of their community. Yet, most conservative students are powerless to effect any change. And most faculties have been systematically purged of conservative professors. Moreover, central administrations have accepted the same CRT dogma. But there is external resistance from the one constituency that can fight back: alumni and donors. Yes, those who fund and promote the institution. And, grossly speaking, wealthy donors will tend to be more conservative than an average 1L. Eventually, more and more donors will simply be turned off by a Dean's virtue signaling. And when those check-books close, central administrations will take notice.

What is a Provost to do if he finds that a woke Dean is no longer able to fundraise effectively from wealthy, conservative donors? No doubt, that Dean would be popular among students and faculties who agree with his ideological commitments. But what about donors who reject the CRT world view? A Dean is not hired to be a scholar. He or she is hired to do one thing: promote the institution. Can the provost remove a Dean for his inability to fundraise, due to his political positions?

Going forward, it will be difficult to hire a Dean who eschews these progressive principles. Any Dean who refuses to talk the talk during the interview process will be rejected by the faculty. Thus, Provosts will be stuck with candidates who will turn off wealthy donors.

Readers may see some connections between this post and the situation in Miami. I am trying very hard not to comment on that unfolding situation, because the facts are unclear. I don't know what happened there, and cannot provide any insights. Rather, I've tried to sketch at a high level what I see as likely conflicts between deans and their communities.