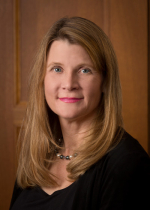 We live in a time of interrelated crises. Economic inequality and precarity, and crises of democracy, climate change, and more raise significant challenges for legal scholarship and thought. “Neoliberal” premises undergird many fields of law and have helped authorize policies and practices that reaffirm the inequities of the current era. In particular, market efficiency, neutrality, and formal equality have rendered key kinds of power invisible, and generated a skepticism of democratic politics. The result of these presumptions is what we call the Twentieth-Century Synthesis: a pervasive view of law that encases “the market” from claims of justice and conceals it from analyses of power.

Conclusion
The Twentieth-Century Synthesis was a successful remaking of the legal imagination, creating a neoliberal political economy premised on concepts of efficiency, neutrality, and antipolitics. But even as this was a successful intellectual shift, manifesting in a wide range of scholarly discourses, doctrinal areas, and policy changes, it has always been a fragile configuration. As the contradictions of an increasingly unequal political economy have become painfully visible and exacerbated, the veneer of consensus around this Synthesis has fallen away Thus, we find ourselves in a moment of political crisis and accompanying intellectual upheaval: an old order of political economy and its legitimating concepts are crumbling, but a new order has yet to emerge. The outlines of the battle for a new order have come into focus. The populisms of the far right, resurgent across the globe, point to one dark path coming out of this moment: the resurgence of reactionary political economy that marries anger at economic and political corruption with exclusionary attachment to racialized and gendered hierarchy. At the same time, centrist calls for a restoration of an imagined pre-2016 consensus on norms of good governance ignore the deeper causes of neoliberalism’s crisis. But in contrast to both of these visions, the account offered here points to the beginnings of a very different, more deeply democratic and progressive political economy.

To embrace the possibility of democratic renewal requires rejecting the terms of the Twentieth-Century Synthesis. We believe that the legal realists—and thinkers in a much longer history of political thought—were right in believing that “the economy” is neither self-defining nor self-justifying. The emphasis in these traditions has been the right one: on power, distribution, and the need for legitimacy as the central themes in the organization of economic life. Moreover, precisely because economic ordering is a political and legal artifact, the idea of an “autonomous” economic domain has always been obscurantist and ideological, even when accepted in good faith.

Law does not and never could simply defer to such a realm. Rather, law is perennially involved in creating and enforcing the terms of economic ordering, most particularly through the creation and maintenance of markets. One of its most important roles, indeed, is determining who is subject to market ordering and on what terms and who is exempted in favor of other kinds of protection or provision. Thus the program of law, politics, and institution building often called “neoliberalism” is, and can only be, a specific theory of how to use state power, to what ends, and for whose benefit. The ideological work of the Twentieth-Century Synthesis has been to naturalize and embed in legal institutions from the Supreme Court to the Antitrust Office and World Trade Organization a specific disposition of power. This power represents a deployment of market ordering that produces intense and cross-cutting forms of inequality and democratic erosion. However, Twentieth-Century Synthesis theorists tend not to see this, precisely because the Synthesis makes it so hard to see (or at least so easy to overlook).

If it is to succeed, law and political economy will also require something beyond mere critique. It will require a positive agenda. Many new and energized voices, from the legal academy to political candidates to movement activists, are already building in this direction, calling for and giving shape to programs for more genuine democracy that also takes seriously questions of economic power and racial subordination; more equal distribution of resources and life chances; more public and shared resources and infrastructures; the displacement of concentrated corporate power and rooting of new forms of worker power; the end of mass incarceration and broader contestation of the long history of the criminalization and control of poor people and people of color in building capitalism; the recognition of finance and money as public infrastructures; the challenges posed by emerging forms of power and control arising from new technologies; and the need for a radical new emphasis on ecology. These are the materials from which a positive agenda, over time, will be built.

Political fights interact generatively with scholarly and policy debates in pointing the way toward a more democratic political economy. The emergence of new grassroots movements, campaigns, and proposals seeking to deepen our democracy is no guarantee of success. But their prevalence and influence make clear the dangers and opportunities of this moment of upheaval—and highlight the stakes of building a new legal imaginary. Neoliberal political economy, with its underlying commitments to efficiency, neutrality, and antipolitics, helped animate, shape, and legitimate a twentieth-century consensus that erased power, encased the market, and reinscribed racialized, economic, and gendered inequities. By contrast, a legal imaginary of democratic political economy, that takes seriously underlying concepts of power, equality, and democracy, can inform a wave of legal thought whose critique and policy imagination can amplify and accelerate these movements for structural reform—and, if we are lucky, help remake our polity in more deeply democratic ways.