A Modest Proposal For Legal Education 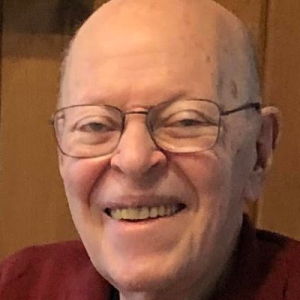 From Chief Justice Bridget Mary McCormack of the Michigan Supreme Court comes the wise concept of using the "moment of disruption," where the door to fixing intractable problems has suddenly opened. These come once in a century if that often!

Astute observers of the legal landscape hold that the present system is broken. Legal education, licensure, the inability to produce “practice-ready” lawyers after seven full years of prohibitively expensive training, are all under attack.

It is true that laudable efforts to bring about reform are underway. There are brilliant studies and recommendations; noble experiments have started in several states; a few dozen law schools have nurtured (or at least permitted) the pursuit of innovative programs. But unfortunately, all this has not moved the needle much. Moreover, many who are most deeply involved in the reform efforts believe that it will be, at best, a gradual process. Were this not enough, there is an overarching problem. Despite the hundreds of billions spent annually on legal services, the vast majority of the world’s people do not have access to legal services.

Is gradual improvement the best we can hope for? There have been times in our past when the reach was for radical solutions:

In February 1945, while the second world war was still being waged, Harvard Business School faculty gathered and took an extraordinary decision. The academics voted unanimously for a “clean sweep resolution,” scrapping prewar courses and opting to start again with a blank sheet.

That was then, this is now, and anyway, few schools have the luxury of being Harvard. Still, even at that, it took courage. I doubt that measure of courage today exists. What’s more, the mountains of vested interest and administrative structure--not to mention bricks and mortar--built since WW II are formidable. Getting this to become radically different is akin to deciding to move the Rockies a few hundred miles east.

There is also the fact that legal education is but one part of a much larger problem facing U.S. higher education. Though not unique, this country’s arms race--conflating education with multi-billion-dollar expenditures on sports, campus buildings, and medical facilities--is deplorable. Richard Susskind has said it well: the world is changing fundamentally--for our teaching not to reflect that is unbelievable. But believable or not, the fact remains that only change around the edges is on the horizon.

For the moment, I will leave this complex of problems to those who wish to improve the system, even if it be around the edges, and to those who primarily wish or need to pursue the many shining goals (no sarcasm intended!) of academia. Until there are satisfactory substitutes, there simply is no other source for the educated and trained legal workers essential to the very existence of our societies. Unsatisfactory it may be; blowing it up is probably not the solution. (Though I note that our system threatens to make higher education the near-exclusive province of the wealthy.)

I would like to explore another path: Can employers who need people to perform “legal tasks” undertake serious efforts to disaggregate the necessary skills? We have learned that it does not take a 1st-year lawyer paid $200,000 a year to review documents in a dusty warehouse. Advances in eDiscovery have brought revolutionary staffing changes in a few short years. A decade ago, Richard Susskind’s Tomorrow’s Lawyers laid out the blueprint for what more can be done. In short, if the skills required are known, and if employers are prepared to hire people with precisely those skills, we can move away from the one-size, “JD required” model that now burdens us. Little prior education is needed for some law jobs, and training could be done in a few months. Others might require some years of undergraduate work before such specialized training.

With a “catalog” of the required skills in hand, the next step would be to design the learning modules required and decide by whom and how they will be delivered. After that comes the need to train people in relatively large numbers. But we have a proven approach for that. It is distance education, a tool that once again, informed by what the world has learned during the pandemic, offers the opportunity to be as radical as it was well over a century ago. Then it was launched by institutions such as Oxford, University College London, and University of London in the UK. In the US, the University of Chicago and Columbia pioneered these efforts. Is it “as good as” an in-person education? Let’s assume that it is not. But it is hard to argue that no education is better.

Distance education works. Can US law schools offer such programs? In theory, yes--but the obstacles are discouraging. First, there is the view that this is “inferior” education; there is the risk of such teaching being viewed as infra dig or far-removed from “serious” scholarship. Also concerning is the fear such programs might cannibalize the three-year JD program on which the present edifice is built. Perhaps the most significant difficulty is that the teaching of T-shaped skills lies outside the “real” legal curriculum. Two of the longer-running programs originating at law schools, LawWithoutWalls (LWOW) at Miami Law and The Institute For the Future of Law Practice (IFLP) at IU’s Maurer School of Law, have been highly acclaimed. But both are more “with than of” their schools, and neither possesses scale.

Richard Susskind has suggested that we need to engage the mass-market providers--a Google or an Amazon--to meet (in law) what is a mass-market need. I believe that to be right, and I think the path is now open. Grow With Google, offering free classes in business skills, is now in its fourth year and has reached 4 million students. Google’s newest venture lies even closer: certificate courses offered online via Coursera. These, in topics such as data analytics and project management, usually take six months to complete and cost only $49 per month. Successful completion produces a certificate with job market value. Even more recently, NYU’s Scott Galloway’s Section 4 raised $30 million to target yet another segment of the market: Executive Education. Section 4, he says, is “an online ed concept that tries to deliver 50% to 70% of the value of an elite MBA elective at 10% of the cost and 1% of the friction”.

Neither the Google courses nor Section 4’s focus on legal topics (though obviously, both cover topics and skills of high utility in law). But similar thinking underlies the launch of The Institute for the Future of Law Practice’s portfolio of online courses. That also holds for last year’s highly successful Passport to Practice, or the equally successful Bucerius Summer Legal Tech Programs of 2020 and 2021. One could readily adapt the T-shaped skills taught in these programs to being taught in such online modules.

Moreover, it is an approach that would open up a new world: a supply of well-trained legal workers with skills urgently required to meet many of the law world’s needs, whose training has come at a reasonable cost.

How does one go about working toward these goals? Here are some early steps to take:

Realistic or a pipedream? I would suggest that it is more practical than continuing down the same fruitless path year after year. The noted Finnish conductor Esa-Pekka Salonen has a wise insight:

“Many of these juggernaut institutions need to take a hard look at their structure and decide what is important,” he says. “There have been so many articles about the demise of classical music, but people are making a philosophical mistake in confusing the health of the institutions with that of the music itself.”

The road suggested here may help preserve the health of the music itself.