Wall Street Journal Saturday Essay:  What We’ve Lost in Rejecting the Sabbath, by Sohrab Ahmari (Author, The Unbroken Thread: Discovering the Wisdom of Tradition in an Age of Chaos (2021)): 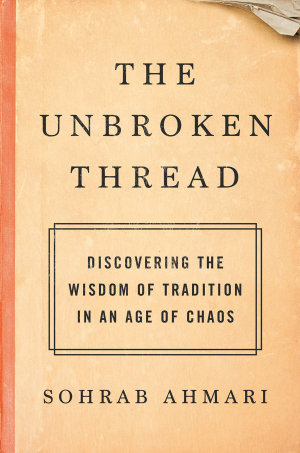 Setting aside one day a week for rest and prayer used to be an American tradition. In an age of constant activity, we need it more than ever.

The share of Americans who don’t identify with any religion continues to grow, and even many believers reject the concept of the Sabbath as a divinely ordained day of rest. Instead, we are encouraged to pursue lives of constant action and purpose, and we do. Smart devices allow white-collar professionals to freely mingle work and play. The gig economy and the Covid-19 work-from-home trend have further blurred the line between the two. The Sabbath doesn’t fit into the rhythm of our lives. It feels like an imposition—it is an imposition.

Americans’ turn away from the Sabbath has been going on for a long time. In the mid-20th century, Rabbi Abraham Joshua Heschel, one of America’s foremost Jewish thinkers, wrote about the Sabbath in terms of “the realm of time” and “the realm of space.” Modern life is all about conquering space: winning geopolitical territory, growing and prospering economically. But “the danger begins,” Heschel worried, “when in gaining power in the realm of space we forfeit all aspirations in the realm of time.” In that realm, “the goal is not to have but to be, not to own but to give, not to control but to share, not to subdue but to be in accord.”

Many of his American coreligionists in those days saw the ritual as an impediment to freedom: the freedom to shop, work and socialize as much as they wanted. For Heschel, this brand of freedom was missing something profound. It barred entry to an entire dimension of existence: namely, time, whose passage reminds us that everything is contingent, everything passes away—everything, that is, except God. The Sabbath, Heschel thought, is the guarantor of our “inner liberty,” while restless, Sabbath-less societies could easily descend into tyranny and barbarism. ...

The goal of a philosophy of religion, Heschel argued, shouldn’t be to understand “God” as an ancient idea or symbol, still less a disturbance in the ancient mind, but to understand human beings as the living God’s project and as partakers in the divine “pathos.”

This God-centric understanding, he came to believe, was the only sure guarantee of human dignity. Without an absolute standard that reflected the will of a supreme being, people could countenance any evil; everything could be relativized. And it wasn’t enough merely to contemplate this supreme being. Rather, the God-centric vision had to be nurtured in a life of prayer and ritual—that is to say, in the dimension of time. In the Sabbath. ...

Before Heschel denounced the injustices that disfigured America, he deplored the commercialized, technocratic way of life that denied time to the Sabbath. What his industrious fellow Americans might have mistaken for “wasted time” was, in fact, an absolutely necessary act. In biblical logic, holiness always requires sacrificial abandonment: Something must be handed over to God. This logic of sacrifice is at work in an especially tangible way in the Sabbath. As Heschel wrote, “he who wants to enter the holiness of the day must first lay down the profanity of clattering commerce, of being yoked to toil.”

It is difficult to imagine just how revolutionary the Sabbath vision must have appeared in the ancient world, where vast multitudes of people were slaves. Into such a world, there appeared a religion that told slaves they had an identity separate from their labor, that their nonwork was sacred. Judaism taught men and women to find inner liberty by freeing themselves from “domination of things as well as from domination of people,” as Heschel observed.

Judaism, Christianity and Islam all appreciated the bond between Sabbath restrictions and human freedom, even as they designated different days to be holy. Across the West today, however, the drive toward maximal market liberty has squeezed out the liberty of the Sabbath. We have banished it in the name of “choice.” And some choice we have: Working-class families are denied even a half-day of rest together, yet we are puzzled by astronomical divorce rates, abysmally low rates of family formation, alienation and drug abuse. We have cashiered the Sabbath for algorithmic human-resources scheduling—computer code designed to minimize labor costs, regardless of the impact on families and communities.

For professionals, the Sabbath’s demise means barrages of emails to be answered during sleepless nights spent by the ghostly blue glow of the smartphone. For other workers, the Sabbath’s defeat means missed children’s baseball games, lunches wolfed down on impossibly short breaks and bladders relieved in bottles in the vast warehouses of endless consumer choice.

Rabbi Abraham Joshua Heschel celebrated his final Sabbath on Friday, Dec. 22, 1972. As usual, the dinner was attended by friends, who read aloud from the Yiddish poems Heschel had written while forging his biblical thought in the crucible of the Holocaust. The next morning, he didn’t wake up. His daughter, Susannah, has written: “In Jewish tradition, dying in one’s sleep is called a kiss of God, and dying on the Sabbath is a gift that is merited by piety.”