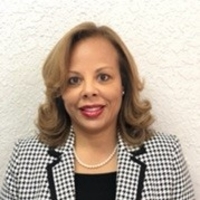 The U.S. Supreme Court on Monday declined to hear a law professor's challenge of a win for Florida A&M University in her equal pay and sex bias lawsuit against the school.

Jennifer Smith, who teaches federal civil procedure at FAMU as a tenured professor, sued the school in 2014, alleging it paid female professors less than their male counterparts. A federal jury in Tallahassee sided with the school in 2015, determining that sex wasn't a motivating factor in the pay disparities Smith cited.

In her appeal to the 11th Circuit U.S. Court of Appeals, Smith cited an internal pay study that FAMU conducted after the verdict, which she said prompted the school to raise salaries of about one-third of the law school faculty after finding that its female law professors were paid less. ...

The 11th Circuit in an unpublished decision in 2017 said it found no evidence of fraud and upheld the jury's decision. In her petition for certiorari, Smith argued that the court had "made significant law surrounding salary equity adjustments" that conflicts with the Equal Pay Act and perpetuates discrimination.

"What the 11th Circuit really created was a law that allows for employers to label highest paid, which are traditionally men, as outliers," said Smith during an interview with Reuters. She said the "outlier" label gives schools a free pass to discriminate even as they take steps to comply with anti-discrimination rules.