A Message From University of Miami President Julio Frenk (May 25, 2021): 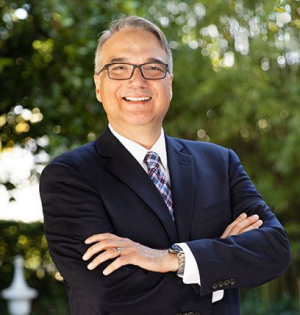 This is a crucial moment in Miami Law’s trajectory, and as President, I have determined that new leadership is vital for the benefit of the institution, our students, and our community. The historic events of the past 16 months have revealed both challenges and opportunities that highlight the need for a dean with the required vision and effectiveness of execution to bring the school to new levels of excellence. In particular, the current capital campaign—which will culminate in four short years—presents a rapidly narrowing window of opportunity to mobilize significant resources on behalf of Miami Law.

The University appreciates Dean Varona’s service during a time of unparalleled disruption in higher education. He will retain his role as the M. Minnette Massey Professor of Law and focus his full attention on teaching and growing his distinguished body of legal scholarship, particularly in the areas of media and sexuality law. At a time when social justice remains at the forefront of jurisprudence, we look forward to his continued impact on the school and its students as a tenured member of the faculty, who has brought a wealth of knowledge and experience to Miami Law.

As an academic community, we must never lose sight of the fact that the essence of our mission is education, research, and scholarship. Some members of the academy are called to sacrifice part of that work for a finite period of time in an administrative role. After careful deliberation, I have concluded that Dean Varona can make a more meaningful and lasting contribution as a professor, than by continuing to carry the burden of his present administrative duties.

In the coming weeks, I look forward to consulting with the faculty and other key stakeholders on plans for a transition and the search for a new dean. Please join me in thanking Dean Varona for his collaboration as we prepare both the University of Miami and our School of Law for a successful second century.

Hours after Frenk’s email, UM law’s tenured faculty adopted a resolution protesting Varona’s removal and demanding a meeting with Frenk, Provost Jeffrey Duerk and the board of trustees executive committee.

“We protest this decision and ask for reconsideration of it,” the resolution states. According to the resolution, Varona informed faculty that he was terminated as dean on May 25. “The haste and lack of consultation with which the President and Provost have made this decision raise profound and disturbing issues of governance. Both the decision and the manner in which it was made will harm the law school and the university as a whole.”

The resolution describes the law school as being on “sound financial footing.” “We admire his leadership and vision for the School of Law as a forward-looking institution rooted in excellence, integrity and community,” the resolution read.

Varona declined an interview request Wednesday but issued a statement saying that he has received an outpouring of support in the wake of his ouster as dean.

“I remain stunned by my baseless termination, disturbed by how I have been mistreated, and concerned by how all of this will affect our great law school and university,” Varona wrote. “I am hopeful that clarity and fairness will prevail as we move forward, and that the University’s decision will be rescinded.”

Varona’s attorney, Debra Katz, issued a statement Wednesday saying that he would contest the firing.

“This is not only an egregious violation of Tony Varona’s legal rights but also an assault on longstanding and important principles of faculty governance and administrative due process,” Katz said.

I cannot put into words here how impressive Dean Varona is, and how committed he is to his law school, the university, and the South Florida community. He is from Miami, of Cuban descent, knows the community, and has worked tirelessly to promote it as well as his university and law school. While I have already heard ugly rumors concerning the basis for his removal being opposition to his leadership stance on civil rights issues of the day, I certainly hope UM is not that stupid—but it is Florida, after all????