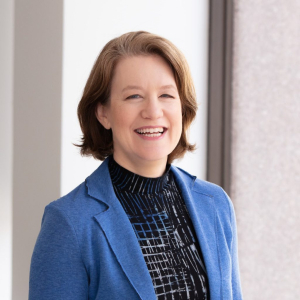 Binary categorization of a “tax” into one of two alternative categories has important substantive implications in a number of disciplines, including constitutional law, tax law, accounting, and trade. Constitutional references to direct tax have been important through American history, factoring into the legality of various new types of taxes and now raising their head again in the context of current debates over the wealth tax. The binary separation of taxes into two categories of direct and indirect taxes also has important consequences in the trade area, as trade agreements generally categorize border adjusted direct taxes as export subsidies but generally bless border adjusted indirect taxes. A separate binary distinction exists between the definition of income and non-income tax. Within the U.S. federal income tax law, the split of a tax into an income or non-income tax has important consequences for creditability of foreign taxes, with large implications for companies’ bottom lines.  In the accounting world, the consequences of treatment of an income tax or non-income tax are relevant for financial statement purposes – the latter is classified in a separate line item in the income statement, while the former is “above the line” and lumped into gross income.

But the bases for categorizing into two distinct categories, as a tax as “direct” v. “indirect,” or as a tax on income v. sales, or assets, are mostly vague and lack economic and policy coherence; as the Joint Committee on Taxation has noted, these distinctions also have “varied over time." The binary categorization of taxes also may not be nuanced enough to reflect the realities of a 21st century (digital) economy, innovation among politicians and legislatures engaged in enacting new forms of taxes, and recent economics research, which is divided over how much various types of taxes differ in terms of the ultimate burden they impose on the return to capital. Ongoing controversy over the incidence of the corporate tax – as to whether it falls on shareholders, labor, or customers – also prompts the question whether it makes sense to split taxes paid by corporations into two distinct categories.

Allowing the binary distinction between direct and indirect or income and non-income taxes to continue risks having sound fiscal policies caught in limbo by debates over incoherent language, leaving less flexibility for countries to optimize tax regimes to best respond to a mix of domestic concerns and changing international dynamics and creating additional pressure on the legitimacy of trade agreements. And revising the tax law without taking into account the binary categorization in the fields of accounting and trade also risks aggravating incoherent differences between the tax law and accounting treatment, creating even more confusion and potential for tax avoidance behavior by managers, and between trade law and the need for new solutions to fiscal challenges.  Recent calls both in the domestic and international arenas to use book profits as an alternative corporate tax base also highlight the risks associated with treating the corporate income tax in a binary fashion, because to the extent businesses have leeway in classifying a tax as an income tax or not, the effective tax rate on financial statements may be less well understood by investors or tax authorities.

This paper proceeds begins by laying out the history of the direct / indirect tax distinction within the Constitutional caselaw and then considers how the distinction matters in the context of current debates over wealth taxation. It then discusses the history of the direct/indirect tax distinction in trade agreements and considers what this has meant for EU-US trade disputes over export regimes and controlled foreign corporation regimes and the future of the WTO. Following that, it describes the importance of the definition of an income tax for the U.S. foreign tax credit system and considers 2020 proposed regulations and some of the recently enacted foreign taxes that put pressure on this dichotomy. The next section reviews the importance of the distinction between income and non-income taxes for financial statement reporting purposes as the basis for ensuring that any law changes acknowledge the importance of accounting implications. The paper concludes with consideration of whether the attempt to develop a non-binary analysis of the corporate tax from the perspectives of constitution and tax law, accounting, and trade might be useful or counterproductive.