Following up on Stacy Leeds (Arizona State; Google Scholar) & Lonnie Beard (Arkansas), A Wealth of Sovereign Choices: Tax Implications of McGirt v. Oklahoma and the Promise of Tribal Economic Development, 56 Tulsa L. Rev. __ (2021):  Stacy Leeds, the nation's first Native American female dean, has filed this 12-page individual income tax protest letter with the Oklahoma Tax Commission after they adjusted her 2019 return. She has given me permission to share the letter "in hopes that the treaty arguments and other legal authorities are 'out there' for educational purposes": 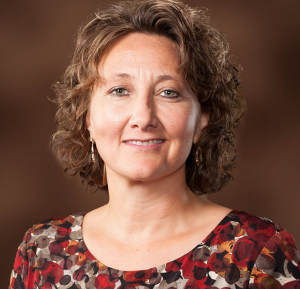 On March 4, 2021, I received your letter postmarked February 25, 2021 notifying me that you adjusted my Oklahoma 2019 income tax return. I hereby protest and object to all aspects of your adjustment. Under Oklahoma law, the laws of the United States and the laws of the Cherokee Nation, your adjustment is inappropriate and without legal authority. I respectfully request you reverse your course of action and take the additional steps outlined in my protest letter. ...

For your records, I have attached a copy of my Arkansas income tax returns. The Arkansas return confirms the amount paid to Arkansas matches the credit taken on my Oklahoma return. Under Oklahoma law, I am entitled to a tax credit for taxes paid to another state and my return was correct.

Your letter incorrectly summarizes Oklahoma law with respect to Oklahoma income tax authority over resident tribal citizens. Your letter instructs me (and similarly situated persons who receive this form letter) that Oklahoma will “disallow or adjust” all income unless all three requirements are met: “be a tribal member, live and work on Indian land to which the member belongs.” (emphasis added)

This language is contrary law and very misleading. There is no requirement that a tribal citizen “live and work on Indian land.” A tribal citizen need only live within their Nation’s jurisdictional boundaries and derive their income from sources inside that same Nation.

At present, you require each resident tribal citizen to carry the burden and expense of annually filing an Oklahoma tax return and producing repetitive additional documentation in order to be considered for an exemption. This affords Oklahoma repeat decision-making authority over tribal citizens inside Indian country. Like McGirt v. Oklahoma, this is an Oklahoma overreach unsupported by legal authority.

Only those tribal citizens residing outside their tribe’s jurisdiction, or who derive Oklahoma income from outside their tribe’s jurisdiction, should bear the burden and expense of filing Oklahoma income tax returns and producing several unnecessary documents year after year. Should a material change in their tax circumstance occur that truly subjects them to Oklahoma authority, then they should have a duty to file.

To Oklahoma’s (substantial) financial benefit, OTC’s letters and instructions mislead tribal citizens to such a degree that tribal citizens are highly unlikely to seek an exemption or challenge Oklahoma’s inflated authority. This results in millions of dollars of overpayment by tribal citizens who are unlawfully subjected to Oklahoma income taxes. This over-taxation occurs, in large part, because Oklahoma knowingly misrepresents the law. The United States Supreme Court has repeatedly rejected Oklahoma’s extension of state jurisdiction over Indians inside Indian country.

I respectfully ask that you correct this language in future correspondences and be more transparent in your form letters and instructions to the public. You have a duty to truthfully communicate. You have a substantial interest in working together with tribal Nations, but instead you mislead and deceive tribal citizens under threat of penalty.

It is unconscionable for Oklahoma to continue to erect legal barriers to the detriment of tribal citizens. The average taxpayer, with no Indian law or tax expertise, is intimidated and lacks resources to challenge your adjustments, disallowances, and escalating consequences. They will simply pay the unlawful Oklahoma tax out of fear of mounting interest and harsh penalties.

Oklahoma history runs deep and cuts deep inside Indian country. Oklahoma’s overreach of authority and mistreatment of marginalized communities is systemic. Tribal citizens are keenly aware of the legacy of broken promises and profound land loss, often times at the hands of Oklahoma officials who exceed their lawful authority. Against that backdrop, tribal citizens are very risk averse when it comes to OTC. Your misleading letters and instructions play on that reality.

My protest letter is, of course, limited in direct scope to my disputed 2019 taxes. But I also protest for similarly situated resident tribal citizens. I do not seek expensive and unnecessary litigation. I seek the tribal exemption on two 2019 income streams and the remedies of OTC clarity, honesty and reform.

My Oklahoma tax return was correctly filed. I owe no additional Oklahoma tax. If anything, I am part of a class of many tribal citizens who have repeatedly erred on the side of paying more Oklahoma tax than is legally required. In the end, my overpayments have supported Oklahoma’s infrastructure and government services. I am at peace with that so long as Oklahoma is a reasonable partner. I do not seek tax refunds. I seek prospective relief.

As this letter of protest details, Oklahoma lacks authority to tax my disputed income because:

Further, the activities that give rise to my disputed income are treaty-protected and do not touch or concern Oklahoma in any way. The disputed income is derived from two intra-tribal commercial dealings inside the Cherokee Nation. These commercial dealings also involve the United States and the execution of federal trust responsibilities relating to the prosecution of Indian country crimes and the support of tribal self-governance.