Lesson From The Tax Court: Abatement Of Assessment Brings No Relief From Liability 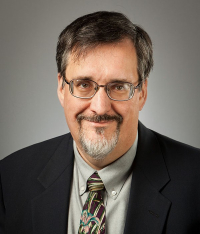 Letters from the IRS are often confusing, both to clients and to practitioners.  So when the taxpayers in Robert Craig Colton and Alina Mazwin v Commissioner, T.C. Memo. 2021-44 (Apr. 21, 2021) (Judge Lauber) received a letter from the IRS saying “you do not owe us any money” for the very year they were disputing in Tax Court, you would not blame them for thinking that the IRS had conceded the case.  It hadn't.  The letter was only telling them that a premature assessment of the deficiency had been abated, not that the IRS's judgment about the underlying liability had changed.  The case teaches the important lesson that assessment and liability are different.  One must always be aware of the distinction between an assessment (or abatement) and the underlying liability.  Details below the fold.

Assessment of tax serves two critical functions.  First, it reflects the IRS’s judgment of what taxes a taxpayers owes the government.  It's the end of the tax determination process.  Second, it’s a critical procedural pre-requisite for the administrative collection of a taxpayer's tax liability.  It's the start of the collection process.  Today’s lesson involves the first function, that of bringing to an official close the process of determining a tax liability.

Law: The Difference Between Tax Assessment and Tax Liability
At one level, an assessment is merely a bookkeeping entry.  Section 6203 explains that an assessment is made by "recording the liability of the taxpayer" on the Service's books of account.  Those books became computerized in the early sixties when the IRS started using Automated Data Processing (ADP).  For more on the impact of ADP on tax administration see Bryan Camp, Theory and Practice in Tax Administration, 29 Va. Tax. Rev. 227 (2009) (tracing history of IRS automation).

But an assessment is much more than a ministerial act of recording.  It involves application of judgment.  Inherent in the verb “assess” is the concept of judging.  That is why courts frequently analogize a tax assessment to a court judgment.  I like this way of putting it: "assessment is a prescribed procedure for officially recording the fact and the amount of a taxpayer's administratively determined tax liability, with consequences somewhat similar to the reduction of a claim of judgment.” Cohen v. Mayer, 199 F. Supp. 331, 332 (D.N.J. 1961), affirmed sub nom. Cohen v. Gross, 316 F.2d 521 (3rd Cir. 1963).

And what is being judged by the act assessment?  Why, tax liability!  An assessment does not create a tax liability.  It reflects a judgment about the proper tax liability.  The classic case is Lewis v. Reynolds, 284 U.S. 281 (1932).  There, the IRS audited a return, disallowing some deductions.  The taxpayer paid the resulting deficiency, then sued for refund, claiming that the IRS erroneously disallowed the deductions.  In litigation, the IRS agreed that the deductions should have been allowed, but it also found a larger group of deductions that should have been disallowed but weren’t!  Yeah, typical audit.

The Supreme Court said “not so fast.”  The question in a refund suit is not about whether an assessment is correct, but instead “is whether the taxpayer has overpaid his tax. This involves a redetermination of the entire tax liability.” Id. at 283. Concluded the Court: “Although the statute of limitations may have barred the assessment and collection of any additional sum, it does not obliterate the right of the United States to retain payments already received when they do not exceed the amount which might have been properly assessed and demanded.” Id. at 284.

This idea that tax liability is different from its assessment is why the IRS can file claims in bankruptcy without assessment.  See e.g. In re Goldston, 104 F.3d 1198 (10th Cir. 1997)(employment tax liability arose from breach of statutory duty to pay taxes, even absent valid assessment).  It is why taxpayers can be criminally convicted of tax evasion when there has been no assessment. United States v. Latham, 754 F.2d 747, 750 (7th Cir. 1985) (rejecting as “inane” the argument that without an assessment the taxpayer had no income tax liability to evade).  It is why income taxes are due and payable before the IRS actually makes the assessment. §6151 (“when a return of tax is required... the person required to make such return shall, without assessment or notice and demand... pay such tax.”).  Edelson v. Commissioner, 829 F.2d 828, 834 (9th Cir.1987) (“[T]ax liabilities, though unassessed, are deemed obligations due and owing at the close of the taxable year.”).  And it is why the law treats certain remittances as payments even when made before assessment of the tax.  Ewing v. United States, 914 F.2d 499, 502-03 (4th Cir. 1990) (rejecting taxpayer's argument that, prior to assessment, there can be no tax liability and therefore no "payment" of taxes).

Most importantly, the difference is why, when the IRS proposes to assess a deficiency of tax, it may not actually make the assessment (i.e. record its determination) until after the taxpayer has had an opportunity to ask the Tax Court to “redetermine the correct amount of the deficiency.” §6214(a).  Assessments made after the conclusion of a Tax Court case reflect not only the judgment of the IRS, but also the judgment of the Tax Court.

Facts
The taxpayers timely filed their joint return for 2016, reporting only wage income and taking the standard deduction.  They appeared to have fully paid all the tax reported on the return and the IRS accepted the return as filed.  What the taxpayers did not account for on their return, however, was a payment from JP Morgan of proceeds from the settlement of a lawsuit filed by Mr. Colton and his ex-wife.

In 2018 the IRS computer matching program discovered the miss-match and sent the taxpayers a letter (I assume it was a CP2000). After some correspondence back and forth, the taxpayers filed an amended return reporting as income the $62,500 of the settlement attributable to Mr. Colton.  At the same time the taxpayers claimed a miscellaneous itemized deduction for attorneys fees of $80,075.  However, the taxpayers’ amended return did not properly calculate the Alternative Minimum Tax (AMT).  The IRS accepted the amended return but after applying the AMT rules (including the rule which does not permit a deduction for the attorneys fees incurred by Mr. Colton), the IRS determined a tax deficiency of $3,113.

On June 24, 2019, Mr. Colton (and ONLY Mr. Colton) filed a petition asking the Tax Court to redetermine the proposed deficiency.

On October 21, 2019, the IRS assessed the proposed deficiency of $3,113 against Ms. Mazwin.  It is not clear from the opinion whether the IRS ever sent Ms. Mazwin a CP501 collection notice.

At a time not disclosed in the opinion, Judge Lauber allowed Ms. Mazin to ratify the petition and thus treated the petition as having been jointly filed.  When that happened, the IRS abated the assessment and, on December 16, 2019, sent Ms. Mazwin the confusing letter saying “you don’t owe us any money.”

The taxpayers (proceeding pro se) offered that letter to argue that the Tax Court should not sustain the NOD.

Lesson:  Assessment of Tax is Different From Liability for Tax
Judge Lauber explains how the IRS properly calculated the AMT.  He then explains how, once Ms. Mazwin had ratified the petition, “respondent abated the assessment against her, which automatically generated the letter stating she had no balance due at that time.”  Judge Lauber also notes that the IRS had erroneously assessed Mr. Colton’s 2016 liability as well (somehow the litigation freeze code had been reversed).  But both bookkeeping problems had been corrected and so “neither has any impact on the proper calculation of petitioners’ 2016 tax deficiency.”

Yep.  That December 16, 2019 letter was correct...as far as it went.  But to understand that letter you needed to understand that a tax liability is neither created by an assessment nor reduced by an abatement of the assessment.  Here, the tax liability was still in dispute.  The taxpayers were contesting the IRS’s judgment of the proper tax and asking for the Tax Court’s judgment.  Until the Tax Court issued a judgment, the IRS had nothing it could assess and neither the erroneous assessment or subsequent abatement had, as Judge Lauber said, “any impact on the proper calculation of petitioners’ 2016 tax deficiency.”

Assessment is different from liability.

Bryan Camp is the George H. Mahon Professor of Law at Texas Tech University School of Law.  He invites readers to return each Monday to TaxProf Blog for another more-or-less fascinating Lesson From The Tax Court.