Islam And The Euthyphro Dilemma: Does God Command Or Prohibit Things Because They Are Inherently Good And Bad? Or Are Things Good And Bad Because God Decrees Them So? 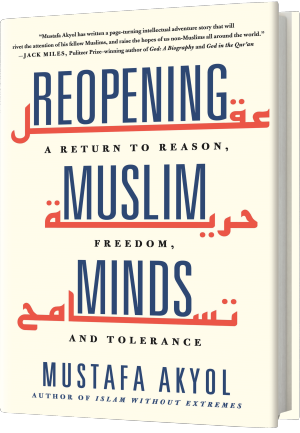 I have sadly observed the growing ethical gap between rigid, Sharia-minded conservatives and the modern world. I have also come to realize that this deadlock won’t be overcome by endlessly wrestling over what exactly the Qur’an or the Prophet Muhammad said on this or that matter. Such discussions about the textual sources of the Sharia are important, but there is an even more important layer that lies beneath. This is kalam, or Islamic theology, and especially a mostly forgotten dispute in that theology over the meaning of husn and qubh, literally, “beauty” and “ugliness,” or “good” and “bad.”

Muslims began to discuss this matter in the 8th century, a century after the Prophet, as they were trying to make sense of their faith and the empire they were establishing in its name. All agreed that God commands what is good, such as helping a person in need, and prohibits what is bad, such as murder. But a puzzling question soon arose: Does God command or prohibit things because they are inherently good and bad? Or are things good and bad simply because God decreed so?

Students of Western philosophy may find the question familiar, because the first person to pose it was the Greek philosopher Socrates, in his famous dialogue with Euthyphro. The question became known as the Euthyphro dilemma, and it presented two options to any theology.

In early Islam, ethical objectivism was championed first by the theological school called the Mu’tazilites and later by Aristotelian philosophers such as Ibn Rushd (d. 1198), also known as Averroes. In their view, the Sharia indicated ethical values that could be known by humans through reason and conscience. When there was a conflict between ethical values and the Sharia, the latter could be reinterpreted.

In contrast, divine command theory was championed by the theological school called the Ash’arites. They believed that acts are good or bad simply because God says so. “Lying is wrong, since [God] declares it to be wrong,” declared the founder of the school, al-Ash’ari (d. 936). “[But] if He were to command it, there would be no argument to the contrary.” In this view, the Sharia constituted ethical values, which otherwise would not even exist. There was not much room to reinterpret the Sharia, because there was no measure of good and bad outside of it.

The war of ideas between these two camps went on for a few centuries. Ash’arism acquired some refinements and was also joined by a more nuanced Sunni theology called Maturidism, which remained peripheral. By the 12th century, Ash’arism had won the day in Sunni Islam, and its divine command theory became the dominant religious mind-set. ...

The way forward for Islamic thought lies in revisiting the Islamic Euthyphro dilemma and correcting a wrong theological turn taken almost a millennium ago. Only then can Islamic civilization again embrace universalism, which was the secret of its long Golden Age from the 8th to the 13th centuries. With the help of reason, the Sharia can be interpreted to support humanity’s perennial quest for freedom and justice—as I believe it was meant to do—instead of being used as a bulwark against them.