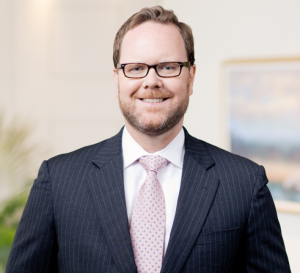 G.K. Chesterton closed out Orthodoxy, his 1908 masterpiece of Christian apologetics, with a radical thought. He proposed that the one thing too great for God to have shown us when he walked on the earth was his mirth. This suggests that the idea of a blissfulness we can’t even imagine was important to Chesterton. The mere possibility it’s true, that one thing our mortal minds can’t begin to fathom about God’s nature is his joyousness, offers me consolation beyond measure.

It comforts me because it means that laughter—one manifestation of earthly joy I love to experience—is far from mundane. It can be sanctifying. In its edifying echo can be heard something important about the Divine, unreachable by reason alone, if only we listen. Rollicking mysticism that effortlessly makes your sides hurt: What’s not to like about that?

This hopeful insight makes me think differently about cheery laughter. Does humor reflect something about God’s loving creativity, conceiving of something good out of nothing? Or his perfect patience in playing the long game with us, his imperfect creations, which surely requires a sense of humor? ...

[T]he great thing about the search for deeper meaning that mirth invites [is:] Maybe you find it; maybe you don’t, but both paths lead to joy. 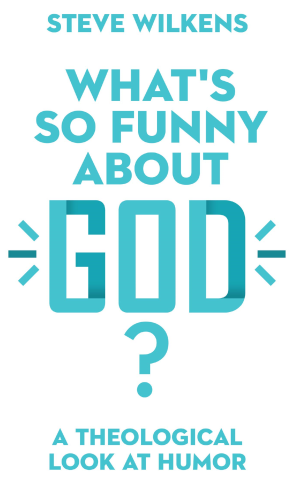 If you don't believe God has a sense of humor, just look in the mirror. Humor is a truly human phenomenon―crossing history, culture, and every stage of life. Jokes often touch on the biggest topics of our existence. And although it may seem simple on the surface, humor depends on the use of our highest faculties: language, intelligence, sympathy, sociability. To the philosopher Steve Wilkens, these facts about humor are evidence that God just has to be in there somewhere. Yet many Christians, scholars and laypeople alike, haven't taken humor seriously. In What’s So Funny About God? Wilkens launches an exploration of the connections between humor and many of the central topics of Christian theology.

He argues that viewing Scripture and theology through the lens of humor brings fresh insight to our understanding of the gospel, helps us avoid the pitfalls of both naturalism and gnosticism, and facilitates a humble, honest, and appealing approach to faith. Wilkens turns this lens on the paradoxes of human nature, the Christian calendar, church life, and new readings of well-known biblical texts, including the book of Esther, the nativity narratives, and Jesus' own teachings. Taking into account the problems of suffering and the need for timely lament, he portrays the Christian story as one that ultimately ends in cosmic comedy. Full of wit and thoughtful jokes throughout, it's enough fun that you may not realize you're reading theology.

"From the first page to the last, this book sparkles with good humor and engaging wisdom. In smart, funny ways, Wilkens shows how humor is the ideal approach to our 'magnificently paradoxical' human condition as spiritual animals, somewhere between angels and apes. 'If you don't believe God has a sense of humor,' he writes, 'just look in the mirror.' He includes not only Augustine, Aquinas, Luther, Calvin, and modern theologians but also humorists like Jim Gaffigan, Gary Larsen of The Far Side, and the writers of The Big Bang Theory. Arguing that our unique ability among animals to appreciate humor is linked to our rationality, moral sensibility, and aesthetic sense, Wilkens makes a good case for adding a fourth transcendental to the true, the good, and the beautiful―the funny. Along the way, he provides comedic interpretations of biblical books like Jonah and Esther and others in the New Testament. This is the best Christian understanding of humor to date―and by far the funniest."
— John Morreall, author of Comedy, Tragedy, and Religion

"Steve Wilkens is funny in many ways―but God? In this funny but also serious guide, Wilkens shows what humor is and how the Bible, theology, church folks, and yes, even God, are indeed funny. Who knew? This book is even funnier than the six-volume Anchor Yale Bible Dictionary, at a fraction of the cost! You should buy it."
— Alan G. Padgett, professor of systematic theology at Luther Seminary

"We Christians live between the deadly serious crucifixion and the incredibly exhilarating resurrection. One leads us to somber reflections on our mortality, injustice, and the gifts of grace and forgiveness. The other leads us to ponder immortality, to live with courage, and yes, to consider the utter hilarity of God entering death to bring life, of becoming human so we could become godly, and of telling stories (like Job, Jonah, and the parables of Jesus) so we could find the mysteries of life. Over the years of teaching the New Testament, I am convinced that humor, sometimes subtle and indirect and other times overt and direct, is found in the New Testament and can be used to enlighten our faith. It takes no imagination to consider those overhearing Jesus give it to the political and religious leaders poking one another in the ribs, and one can't read Paul's letter to Philemon and not feel the clever moves Paul makes to convince the man to welcome his runaway slave home. There it is: utterly serious dimensions of life-opening grace through the gift of humor. The funniest evening I ever had with theologians was in Baltimore, and Steve Wilkens was in the middle of it. Every pastor and professor needs to read this book, perhaps a few pages at a time before speaking to humans who can know God's ways through humor. Hilarity is the reverse side of serious."
— Scot McKnight, Julius R. Mantey Chair of New Testament, Northern Seminary

"Mark Twain said, 'Show me someone who knows what's funny and I'll show you someone who knows what isn't.' Steve Wilkens knows what's funny, and he knows what is profound. I was so taken by this marvelous book that I read it twice; once for the jokes―conveniently italicized―and once for his refreshing look at key theological themes. From peekaboo to punch lines, humor is a form of surprise. Can anything be more surprising than a God who exists as three, steps into human flesh, defeats death by dying―before the ultimate peekaboo of Easter morning? What's So Funny About God? is the best book I've read this year. I just wish I read more so that that would be even higher praise."
— Gary W. Moon, director of the Martin Family Institute and Dallas Willard Center for Christian Spiritual Formation at Westmont College, author of Becoming Dallas Willard

"Steve Wilkens's What's So Funny About God? adds fresh insight to the study of religion and humor. It is playful, thought provoking, and generous with funny quotes and stories. Wilkens takes devices of humor such as incongruity, surprise, paradox, and reversal and uses them to explore theological themes and the church year, especially Christmas and Holy Week. He also opens out the funny features of the biblical stories of Abraham and Sarah, Jonah, Esther, and varied New Testament texts. The book demonstrates and invites us to new ways of thinking."
— Howard R. Macy, professor emeritus of religion and biblical studies, George Fox University

"Books that help us understand comedy better, . . . are always welcome, especially when they are highly readable and good fun. That's what Wilkens has given us in this book."
— James Cary, Christianity Today, November 2019

"Steve Wilkens's What's So Funny About God? adds fresh insight to the study of religion and humor. It is playful, thought provoking, and generous with funny quotes and stories. Wilkens takes devices of humor such as incongruity, surprise, paradox, and reversal and uses them to explore theological themes and the church year, especially Christmas and Holy Week. He also opens out the funny features of the biblical stories of Abraham and Sarah, Jonah, Esther, and varied New Testament texts. The book demonstrates and invites us to new ways of thinking."
— Howard R. Macy, professor emeritus of religion and biblical studies, George Fox University