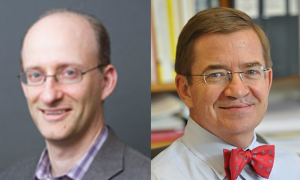 Even as the modern IRS is struggling to do its job,  guardrails around adopting tax rules have been evolving to make IRS action slower, costlier, more sclerotic. As administrative law scholars have long recognized, procedural rules favor the status quo over new rules. In the case of the IRS, they favor existing rules over updated or revised rules and non-enforcement over enforcement.  For most tax administration, we argue, this bias is more dramatic, and more damaging, than in regulatory areas where the public has some recourse when an agency is silent. These effects are sometimes called a bias in favor of “inaction.”

When translated to tax, the law’s bias towards inaction becomes a tilt against revenue and against the poor.

IRS decisions are unreviewable as long as they lose money, whether that money-losing position is the status quo or a new giveaway. The tilt is regressive because it favors interested public input and influence typically most useful for the well-counseled and well-connected. And yet to some the scales are not tilted far enough. In taxation, claims that the IRS receives special exemptions from administrative procedures that govern elsewhere have led to efforts to restrict agency discretion, even where plainly authorized by Congress, using  procedural barriers that provide opportunities favoring well-resourced private litigants to defeat or delay new rules.

We propose steps to overcome tax’s inaction bias. We would halt and roll back the campaign against effective tax administration. To balance the burdens on action and inaction, we suggest a procedure to authorize review of money-losing public guidance.