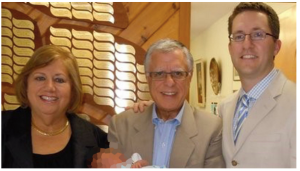 After an hour-long workshop on grandparents’ rights, the message from Florida lawmakers to grandparents in jail being denied access to their grandchildren is “we sympathize”.

But lawmakers say grandparents will have to wait at least another year for legislation that could allow some to see their grandchildren.

FSU Law Professor Dan Markel was murdered in his garage seven years ago this July. For Ruth Markel, Dan’s mother, one tragedy sparked another.

“Our son’s ex-wife cut off contact between us and his two children,” said Markel.

In video testimony before a Senate committee, Ruth called the separation painful.

“But unlike in most other states, Florida law doesn’t allow us to petition the courts for visitation,” said Markel.

Florida law says grandparents have a right to see their grandchildren only if both parents are dead or if one parent is dead and the other has been convicted of a felony.

Neither is the case for Phil and Ruth Markel.