Corporate Taxes: Rates Down, Revenues Up

U.S. Treasury Secretary Janet Yellen recently complained about a “30-year race to the bottom on corporate tax rates,” and is pushing for a higher U.S. rate and a global minimum rate. Yellen wants to make sure that corporate taxes “raise sufficient revenue to invest in essential public goods and respond to crises.” Economist Gabriel Zucman approved of the proposed tax hike, saying corporations should “pay more in taxes, instead of them paying less and less." 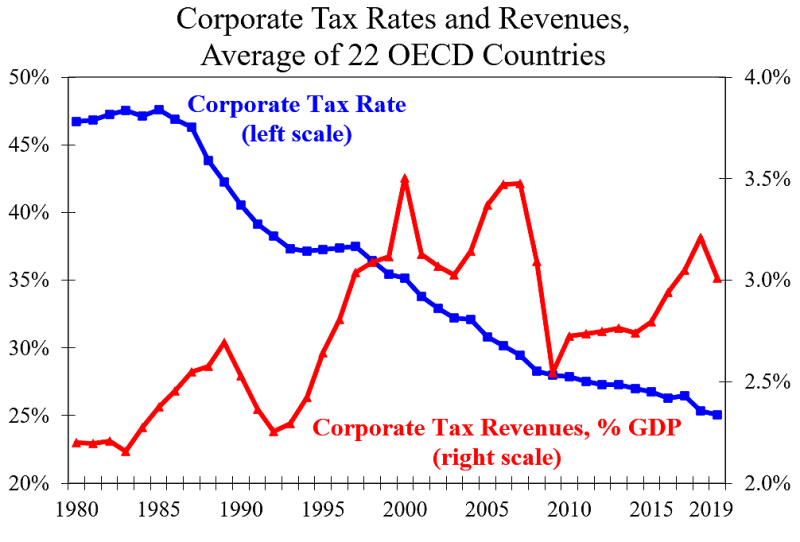 When tax rates fall, the tax base expands as corporations increase real activities and report more income. Countries have also legislated changes in corporate tax bases. Yellen seems to worry that the “30-year race” resulted in a shortage of “sufficient revenue,” but that is not what actually happened. ...

In sum, corporate tax revenues are higher today than they were during the 1980s and early 1990s across major economies, even though corporate tax rates are much lower. Rather than creating some sort of social loss, as Yellen and others seem to believe, the reduction in corporate tax rates has been a win-win-win for businesses, governments, and workers. Workers benefit from lower rates because corporate investment raises their productivity and wages, as discussed here.