National Report of Findings for the AccessLex/LSSSE Bar Exam Success Initiative, It’s Not Where You Start, It’s How You Finish: Predicting Law School and Bar Success:

Our modeling techniques allowed us to localize the impact of the factors of interest, while also accounting for other factors. For example, our analyses of the impact of various student engagement factors on bar exam performance account for other potentially relevant factors such as law school grades. 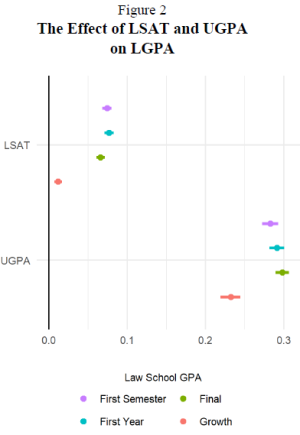 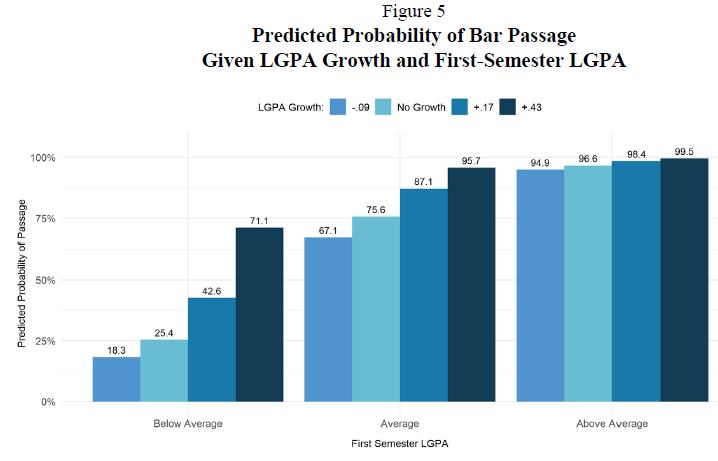 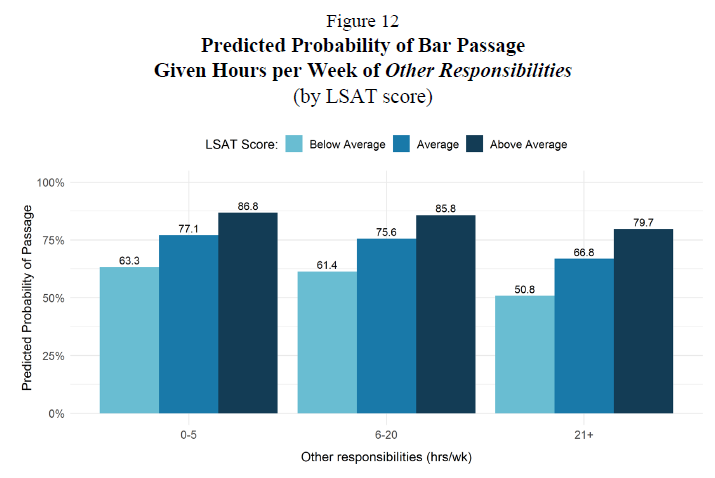 Collectively, our results suggest that academic and bar exam success are driven by what happens in law school, not just early on, but throughout the experience—and the greatest opportunities for impact exist among those who struggle the most early on.

It’s not hard to understand why the first year of law school is such a pressure cooker for students, and why it tests them mentally and emotionally. For many, it’s the first time they are surrounded by other whip-smart, ambitious classmates with whom they will be sorted into a class rank based on grades. And they are expected to quickly adjust to a new way of learning, where their grades rely almost exclusively on one or two exams. And then there are the high stakes of their early academic performance: Their first-year grades largely determine whether or not they land a spot on law journal, secure a Big Law summer associate gig, or get a judicial clerkship.

It’s the quintessential “sink or swim” approach—a holdover from earlier times of legal education that many people, myself included, don’t think serves students particularly well and that some schools are very incrementally trying to move away from. New research from AccessLex Institute suggests that law schools should further reduce the weight placed on first-year grades in determining the opportunities that are available to students, because poor performance in the first year doesn’t necessarily doom students. In fact, improvements between a student’s first semester law school grade point average and their final law school GPA significantly improve their odds of passing the bar exam. Put another way, when law students have time and room to grow and improve, they reap the benefits and do better on the bar exam. “If someone experiences academic difficulty early on, there is still hope. All is not lost,” said Aaron Taylor, executive director of AccessLex’ Center for Legal Education Excellence, who co-authored the study with Jason Scott and Josh Jackson. ...

[T]he study really tells us that we need to pull back on this obsession with first-year grades. It’s not healthy or fair to sort students after just a few months in law school, and it bolsters what the study refers to as “a fixed mindset”—the idea that you either get it or you don’t. Instead, law schools should foster a “growth mindset,” which is the idea that people’s ability to learn is flexible and adaptable. But dismantling, or at least reducing, the emphasis on 1L grades is a big undertaking, Taylor noted.

“We would have to basically remake how we apportion opportunities within law school, such as law journal, and also employers—particularly the big law firms that tend to recruit early for summer clerkships. They would have to rethink how they go about that.”