Following up on my previous posts (links below):  Inside Higher Ed, Appeals Court Says Iowa Administrators Are Personally Liable in Lawsuit Brought by Christian Student Group: 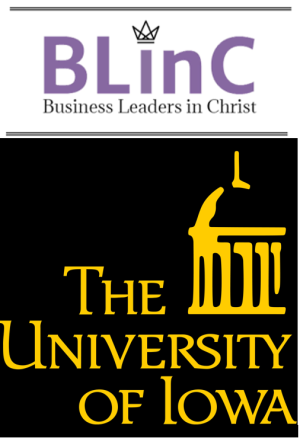 A federal appeals court ruled Monday that University of Iowa administrators can be held personally liable and sued for damages due to their actions deregistering a Christian student group that denied a leadership position to a gay student. [Business Leaders in Christ v. University of Iowa, No. 19-1696 (8th Cir. Mar. 22, 2021)].

The case involves a student group called Business Leaders in Christ, whose members believe that same-sex relationships are “outside of God’s design.” After the group denied an executive leadership position to a gay student in 2017 on the stated grounds that the student “disagreed with, and would not agree to live by [BLinC’s] religious beliefs,” the university began a process that ultimately led to the revocation of the group’s status.

BLinC sued and, in a 2019 decision that alarmed advocates for LGBTQ+ students, a district court judge held that the university selectively enforced its Human Rights Policy and violated BLinC members’ constitutional rights to free speech, free association and free exercise of religion. The university did not appeal the judge's holding that it infringed on the BLinC members' First Amendment rights.

Rather, at issue in the appeal was whether the three individual Iowa administrators named as defendants could be personally liable and sued for damages, or whether they are shielded by qualified immunity, a legal doctrine that grants government officials immunity from civil lawsuits except in cases where their conduct violates “clearly established statutory or constitutional rights of which a reasonable person would have known.”

In a decision that hinged on an assessment of whether the rights at issue were “clearly established,” the U.S. Court of Appeals for the Eighth Circuit partially reversed the ruling of the district court, which had granted the administrators qualified immunity [Business Leaders in Christ v. University of Iowa, No. 19-1696 (8th Cir. Mar. 22, 2021)]. The appeals court held that the administrators can be held personally liable in relation to the students’ free expression and expressive association claims, but not in relation to claims related to free exercise of religion.

In a dissenting opinion, Judge Jonathan Kobes went even further, holding that the officials should also be liable for the free exercise claims:

The law is clear: state organizations may not target religious groups for differential treatment or withhold an otherwise available benefit solely because they are religious. That is what happened here. The individual defendants may pick their poison: they are either plainly incompetent or they knowingly violated the Constitution. Either way, they should not get qualified immunity.