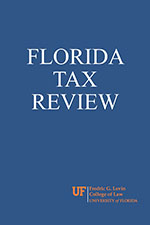 Perhaps the most controversial provision of the Tax Cuts and Jobs Act of 2017 is the state and local tax deduction limitation (or SALT cap), particularly with respect to how the cap impacts pass-through entities in high-tax states. This particular provision of the tax law has been criticized by opponents as deliberately punitive to small businesses in blue states, while proponents maintain that eliminating the SALT cap would primarily benefit high income taxpayers. Politicians from blue states have called for the repeal of the SALT cap and some states have enacted various work-arounds with questionable prospects of success. Still, many taxpayers will not benefit from a SALT deduction irrespective of the SALT cap, particularly taxpayers that either take the standard deduction or are subject to the alternative minimum tax (AMT). We examine the developing law around the SALT cap and provide descriptive empirical evidence of its disparate impact on closely held business taxpayers.

Consistent with prior economics literature, we find that the impact is indeed most pronounced among high-income taxpayers in blue states. However, we note that the impact is substantially less than the furor over the limitation would suggest because many high-income taxpayers are subject to the AMT and so are not significantly affected by the limitation. These findings suggest two underemphasized points. First, the imposition of the SALT cap was not the drastic financial hit to blue state taxpayers that policy makers and commentators have suggested. Second, with a new administration that favors eliminating the SALT cap, Congress could consider whether the repeal of the cap alone is enough because further changes would be needed to return the SALT deduction back to its earlier prominence.