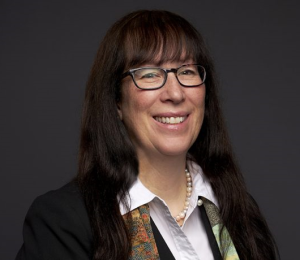 Diane Ring, the Associate Dean of Faculty at BC Law, will step into the role of Interim Dean of Boston College Law School on July 1, upon the departure of Vincent Rougeau, who is leaving after ten years at the helm of the Law School to assume the presidency of the College of the Holy Cross.

“Diane has been a valued member of our community for over fifteen years, as well as a member of my associate dean leadership team for the past three years,” said Dean Rougeau. “She also served as Associate Dean for Academic Affairs from 2010-2012, and in that role she was invaluable to me in my own transition when I was hired as dean in 2011.”

Ring will work closely with BC Law’s senior leadership over the next few months to ensure a smooth transition. “She is talented and accomplished,” Rougeau continued, “and I know this school will be in extremely capable hands as the Provost proceeds with the search process for a permanent replacement.”

In addition to her academic administration skills, Ring is a respected leader and scholar in the field of international taxation, corporate taxation, and ethical issues in tax practice at BC Law. Her recent work addresses issues including information exchange, tax leaks, international tax relations, sharing economy and human equity transactions, and ethics in international tax.

The Dr. Thomas F. Carney Distinguished Scholar was also a consultant for the United Nation’s 2014 project on tax base protection for developing countries and its 2013 project on treaty administration for developing countries. Among her roles at the International Fiscal Association, she was the US National Reporter for the 2012 IFA Conference on the Debt Equity Conundrum and the 2004 IFA Conference on Double Nontaxation. She is a Vice Chair for the Tax Section Committee of Teaching Taxation of the American Bar Association.

Ring is co-author of three case books in taxation—one on corporate taxation, one on international taxation, and one on ethical problems in federal tax practice.

Prior to joining Boston College Law School, Ring was an associate professor of law at the University of Florida Levin College of Law, and an assistant professor at Harvard Law School, where she received both her AD and JD degrees. Before entering academia, she practiced at the firm of Caplin & Drysdale in Washington, DC, specializing in the area of international tax and the taxation of financial instruments. Ring also clerked for Judge Jon O. Newman of the Second Circuit Court of Appeals.

“I would like to thank Diane for her dedication to BC Law,” said Dean Rougeau. “Although it will be difficult for me in many ways to leave such a wonderful community, I am heartened by the fact that this school is in a very strong position as we prepare to celebrate BC Law’s centennial in 2029.”