NY Times: Why Did The Dean Of The Most Diverse Law School In America Cancel Herself?

Following up on Tuesday's post, CUNY Law School Dean Resigns After Referring To Herself As A 'Slaveholder' At Faculty Meeting; She Pleads With University To Immediately Appoint An Interim Dean:

New York Times, Why Did the Dean of the Most Diverse Law School in the Country Cancel Herself?: 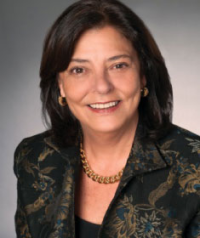 On the afternoon of Saturday, March 20, Mary Lu Bilek, who has spent 32 years at the law school at the City University of New York, the past five of them as dean, sent an email to students and faculty with the subject line: “Apology.” Ms. Bilek, who is 65, was explaining why she had cryptically announced her retirement two months earlier and why she expected now to leave even sooner. Discussing a contentious issue of race and tenure in a committee meeting last fall, she had likened herself to a “slaveholder.”

It was a strange, deeply jarring thing to say, but she had been trying to make the point that her position left her responsible for whatever racial inequities might exist institutionally. What the dean might have regarded as an admission of culpability, some of her colleagues viewed as an expression of the buried prejudices well-intentioned liberals never think they have.

Entrusted with making the call, the personnel committee decided against Ms. Bilek’s request in June. Still, she continued to advocate for rushing the clock. There was a logic to her reasoning. But committee members believed that Professor Robbins should wait her turn. Other well-qualified colleagues of color, further along on the tenure track, were not up for immediate consideration. And wasn’t this precisely how structural racism endured — with no one meaning any harm but with white people somehow always ending up buttressed by those on top?

Without tenure, administrative work in a university is an especially oppressive time suck, robbing an academic of the hours that could be spent on research and writing and conference-going — essentially, what is required for tenure. Ms. Bilek was not alone in the belief that a certain status was necessary to perform the job. The previous academic dean, Ann Cammett, a Black professor who had tenure when she served in the role, also felt that it was too hard to preside over those with authority if you didn’t have it yourself. “The person has to engage in high-order negotiations with the faculty and has to have a position of gravitas,” Ms. Cammett said. Beyond that, the risk of alienating people who someday might weigh in on your own tenure case remained high. ...

As the fall progressed, anger continued to foment around Ms. Bilek. The day after Christmas, 22 faculty members wrote a letter denouncing her wish to leapfrog a white junior academic in the promotion process, her “slaveholder” reference, and what they viewed as her resistance to listen to faculty members of color on the personnel committee “as they pointed out the disparate racial impacts” of her conduct. She had presented herself and the institution as “anti-racist,” they wrote, while ignoring how her own decisions perpetuated “institutional racism.”

Ms. Bilek quickly realized that she had drawn a terrible — perhaps unforgivable — analogy. “I am still shocked at what I said,” she wrote in her letter. Invoking what has now become the boilerplate of self-flagellating exits, she said that she had “begun education and counseling to uncover and overcome my biases.”

To colleagues in the field, the circumstances of Ms. Bilek’s departure struck a note that was both ironic and painful. Two years ago, the magazine National Jurist had named the CUNY School of Law the most diverse in the country. More than half of first-year students in the current academic cycle identify as Black, Latino, Asian-American or Indigenous; 42 percent of faculty members are people of color. ...

On the face of things, it seemed as though Ms. Bilek had been lost to the maw of cancel culture and its relentless appetite for hapless boomer prey. Her letter, which focused on a single instance of thoughtless language, suggested that this was an impression she was comfortable to let sit. “I regret that my mistake means that I will not be doing that work” — the work of fighting racism — “with my CUNY colleagues,” Ms. Bilek wrote to me in an email. “But I am certain that the work they do within the Law School and in the world will bring us to a more equal, anti-racist society.”

In reality, a majority of faculty members — and specifically the most vocal of her detractors — were not campaigning to get rid of her. To the contrary, they were angling for her to remain and oversee changes in the way that power and prestige were allocated at the school.

Prestige in academia begins, of course, with tenure. Ms. Bilek’s troubles started last spring when she argued for granting early tenure, an extremely precious commodity, to someone about to become an administrator — a young white woman named Allie Robbins, one of the only people to put a hand up for the job. Well-liked by her colleagues and voted unanimously to the post of dean for academic affairs by the personnel and budget committee, Professor Robbins had five years to go before she was up for tenure and thus lacked the scholarship and teaching experience that might ordinarily enable the process to go forward.

Next came a list of demands that included a public apology for her misdeeds, changes to practices in governance and a retreat from any outside roles furthering the perception that she was “an anti-racist dean.” Those who signed gave her a deadline of Jan. 19 to address their concerns. When that day arrived, Ms. Bilek instead sent a short email to the faculty, announcing that she was going to retire on June 30.